Glenn Close is superb as The Wife of the title.   Outwardly calm and ever there in the background, Joan Castleman has always been the perfect supportive wife to her literary lion novelist husband Joe (Jonathan Pryce).

She is always there at his side or in the background, smiling patiently with his reading glasses ready in her handbag and an ever watchful eye on his health.  It is 1992, Joe has just won the Nobel Prize for literature and the couple are off to Stockholm for the awards ceremony.

But in the days leading up to the ceremony we discover the rage and frustration that Joan has hidden for years.  The literary ambitions of her young womanhood that she sacrificed on the altar of her husband’s glory, his many affairs that she endured and forgave him for and ultimately the true nature of their love and marriage and her real role in Joe’s success.

This is partly revealed in flashbacks to their younger selves in the fifties, played by Harry Lloyd and Close’s real life daughter Annie Starke, when the flirtation between young Joan and her pompous English literature professor became an affair and then a marriage.  Joan has ambitions to become a novelist.  So has Joe.  But she hides her own considerable talent to support him by offering to edit his work.  After all, as failed female novelist Elaine points out (Elizabeth McGovern in a bitterly effective cameo) the world of literature is a male club and a woman doesn’t stand a chance.

Most revelatory though is Close’s performance – calm, diplomatic and controlled on the surface with a volcano of rage simmering beneath.  It is a performance of great power and subtlety and she is already being talked of as an Oscar contender.   Pryce matches her perfectly as her vain, dependent and cantankerous husband, who condescendingly acknowledges the valued support of his wife “who doesn’t write”.  Their complex relationship is totally believable.

Assisting in the dissection of this relationship is Christian Slater, as a pushy journalist who suspects there is more to this partnership than appears and who wants to write a “warts and all” biography of Joe.  There is one superb sequence, which is almost like a game of tennis, where he tries to get beneath Joan’s calm surface and she skilfully and charmingly wards him off.   And there is also Max Irons as the couple’s son David, whose own literary ambitions are being damned with faint praise by the father, whose approval he desperately craves.  It is their prickly relationship which sets off our suspicions that perhaps all is not as it seems.

It’s not all heavy drama though.  There is a pleasing light touch of satire on the literary world both in the nineties and the sexist attitudes of the fifties.  Adapted by Jane Anderson from a novel by Meg Wolitzer and directed with a sure touch by Swedish Björn Runge, this is an intelligent and totally entertaining piece of cinematic story telling. 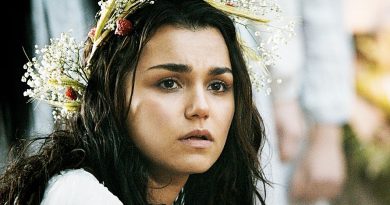 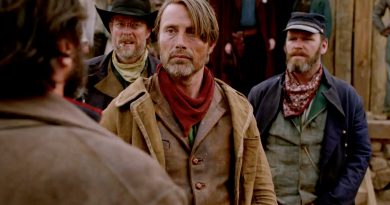