A young black woman in a red waterproof, Wanderer (Rodrigues), rambles around largely fixed shots of parts of England. The shots include Hadrian’s Wall, a housing estate in Wolverhampton, a café in Bethnal Green, a deserted night-time National Gallery, the south coast’s white cliffs and Margate.

Wanderer drifts and ruminates, narrating her thoughts, often with a handmade gas mask in her hands. Sometimes the words are very personal, relating to her memories or those of her family. Sometimes they are abstract and conceptual, the sort of thing an artist like Larry Achiampong might say. Sometimes it isn’t at all clear how the words relate to the scene that Wanderer walks though.

Often, an unaccompanied singer (Dean), who also acts as an initiator of Wanderer’s quest, belts out traditional folk songs such as Lord Thomas’ Brown Girl.

Maybe the film is too subtle for me. It certainly left me scratching my head. What to make of a film that appears both artistic and humourless but uses tacky tourist brochure fonts for its titles and on-screen chapter headings? A film that challenges the notion of cultural identity and promotes the value of personal experience over high culture; but includes an end-titles credit for every single painting that appears in the National Gallery shots? Not just the paintings that Wanderer speaks about – the paintings that share a room with the objects she dwells on.

I’m hard of hearing but the narration seemed too low register to sometimes hear clearly. Wanderer’s ramblings often feel like a series of unfinished sentences, approaching their subject obliquely. You really notice this in the National Gallery sequence: the powerful argument isn’t quite spelled out by Wanderer. Is this “being artistic” or obfuscatory?

The more personal stuff like the Margate-Bethnal Green section was much clearer. But then again, what is the relationship between Wanderer’s memories and, for example, the old building with the blue and white tarpaulin over the roof? I didn’t understand the significance of the folk songs either. In fact, the film’s mythical and folkloric framing was the biggest surprise of the whole 83 minutes.

I was also surprised how few people and places the film visited – it didn’t feel like “a road trip movie” at all (the dreaded phrase crops up all over the publicity). It’s a much more claustrophobic experience, more like oblique musings on big issues that just happen to happen in a series of landscapes.

I get that “obliques” come with the artistic territory – look no further than Patrick Keiller‘s work in a similar vein. Keiller patronises his audience, but on the plus side you get that laughable Mr Kipling’s Cakes voice.

Here, there’s less to find amusing. The main voice is younger and reflects a changing Britain. But the experience is no more revelatory. 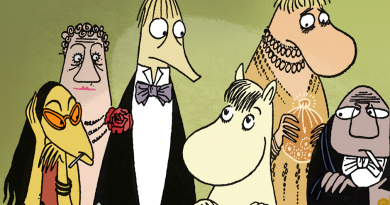