One of the most enduring movie images from my very early childhood was of Moira Shearer being danced over a parapet to her death by The Red Shoes.  Three years later Powell and Pressburger reconvened the same star team of ballet dancers – Shearer, Helpmann, Tchérina and Massine – for one of the most original and creative musical films ever made, The Tales of Hoffmann, which they developed from Jacques Offenbach’s operetta.

Made decades before Phantom and Les Mis made the dialogue free musical a norm, the film makers tell their story entirely through music and dance. The majority of the leading actors are dancers voiced by some of the leading opera singers of the day, the exceptions being singers Robert Rounseville, who plays the eponymous poet Hoffmann and Ann Ayars as his tragic love Antonia.  The tales told by Hoffmann to his drinking companions in a sequence reminiscent of another operetta The Student Prince are of the narrator’s unfortunate choice of loves.  As a student he is conned into falling for the mechanical doll Olympia (Shearer), as a young man he is bewitched by the courtesan Giulietta (Tchérina), who helps the magician Dipartite (Helpmann) steal the poet’s soul, while his third love Antonia is dying of tuberculosis.

The film has been lovingly restored to its original vibrant Technicolor with each story having a notably different colour mood. Particularly striking in the first story is Shearer’s dazzling solo as the doll Olympia and the ballroom sequence of dancers as puppets, whose strings are being pulled by the puppeteer Cochenille, played by Frederick Ashton, who also created the choreography for the film. Helpmann with his piercingly intense eyes is dominant as Hoffman’s eternal nemesis, the four villains of the piece.  There is also a prologue/epilogue which features Shearer again as the ballet dancer, who is Hoffman’s final love and is lusted after by the evil politician Linder, and a delightfully elegant curtain call, which was never used in the original but was discovered by the film’s restorers, where the dancer/actors and the singers who voice their roles acknowledge each other as they take their bows.

Powell fell out of favor after making Peeping Tom in 1960, which was so slated by the critics at the time for its subject matter that he couldn’t work in the UK for several years. He was re-discovered in the late sixties by director Martin Scorsese, who acknowledges Powell as one of his most important influences and could well be described as his greatest fan.  Scorsese, who was instrumental in the restoration of this and other Powell and Pressburger works, contributes an introduction to the film as one of the DVD’s extras. There is also a particularly informative interview with Powell’s widow, Thelma Schumacher, who has been Scorsese’s film editor for over forty years and who also worked on the restoration of the film.  Her contribution gives us both a useful context to the film and an enlightening insider’s viewpoint.

The Tales of Hoffmann is out on DVD and Blu-ray on 23 March.      Buy from Amazon 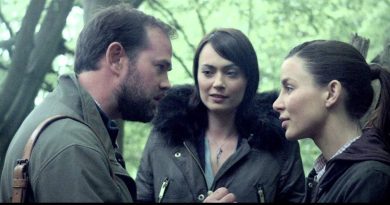 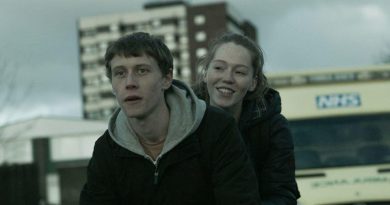