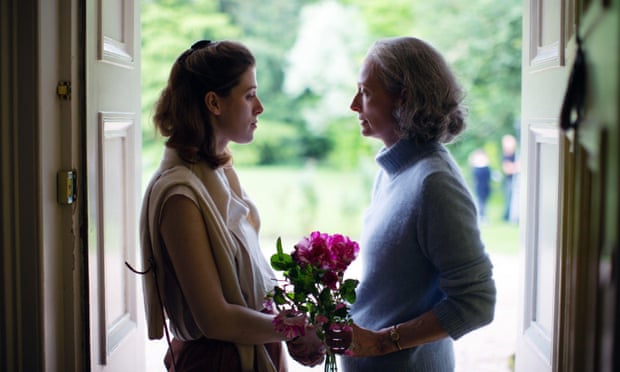 I really didn’t like director Joanna Hogg’s film The Souvenir (2019), which was the first part of her memoir based on her life as a young woman.   I found it boring and pretentious, so I was expecting to feel the same about her follow up film, called imaginatively The Souvenir Part II.  But no, this is rather better.

Admittedly Hogg has scant regard for any audience member who hasn’t seen the first film.  It’s ages before we are told that the reason why Julie, the fictionalised version of the young Hogg and played by Honor Swinton Byrne, is wafting around like a wet weekend and being so nicely cosseted in her parents’ lovely country home as though she is suffering from a terminal disease, is because of the death of her junkie lover in Part One.

There is also little effort made at recreating the feel of the eighties, which is when the action takes place.  And there’s an ill judged disaster of a sex sequence early in the film with an actor she meets at film school, which ends up looking like a murder scene with blood everywhere.

However in Part II Julie finally gets on with the film making course she is taking, of which we saw hardly anything in Part I.   Swinton Byrne is still not a very good actress but she is a bit more animated in this film and the scenes in the film school, where she is failing to communicate her vision to her team, including her actors and her very bolshie student cinematographer, are lively and amusing.

One of the few film school scenes we saw in Part 1 showed the tutors being a bit scathing about Julie’s proposal for a film about working class people in northern England and they appear equally unenthusiastic about her graduation film idea.  The school in the movie is fictional – Ms Hogg actually went to the National Film School – but these scenes lead one to speculate that perhaps she wasn’t seen as a star student in her film school days?

Julie’s finished film, from which we see extracts later, is an arty mini epic reminiscent of Fellini in the sixties, which Julie uses to exorcise that disastrous love affair and bears little resemblance to what we saw being shot earlier but never mind.   It’s interesting to watch.  And to be fair, that’s film students for you, as is the wonderful load of pretentious old tosh they all talk.   Richard Ayoade as a fellow student is particularly good at doing the tosh talk, while the clip we see of his supposed graduation dance film is actually very good.   Assuming Ms Hogg directed that sequence herself, maybe she could have a second career making pop videos?

We also get to see more of Julie’s well heeled parents and their super comfy country mansion this time.  Tilda Swinton, always good value, as her indulgent mum – also Swinton Byrne’s real life mother – who fills her empty hours with pottery classes and Julie’s father William, played by non professional actor and full time farmer James Spencer Ashworth, who looks appropriately amiable and mildly bewildered by the behaviour of the women in his life.

The film is also much better shot than Part I and the (semi improvised?) dialogue better organised and indeed audible.  This time cinematographer David Raedeker is allowed to actually light the characters and get close to them, whereas looking back on the first film it seems like it was shot in monochrome at a distance in the dark.  Here Raedeker gets to use bright colours and light and even gets in some very pretty nature shots of flowers and landscapes. 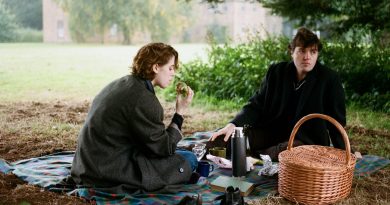 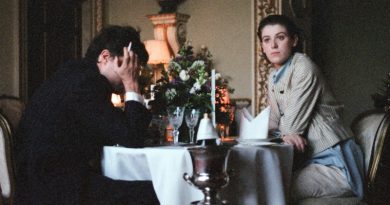