Based on a best selling novel by M.L. Stedman, the story is set on the remote edge of Western Australia in the years after World War I.

Tom (Fassbender), an emotionally battered survivor of the First World War, takes a job as keeper of the lighthouse off the coast of this isolated  area.   On a trip to the mainland he meets Isabel (Vikander), who draws him out of his emotional isolation and they fall in love and get married.   At first the marriage is idyllic but they long for a child and after Isabel suffers two miscarriages their dream seems unlikely to be fulfilled and Isabel becomes seriously depressed.  Then one day a rowing boat drifts onto the nearby beach.  Inside are a dead man and an infant baby girl.  Tom wants to report the matter to the authorities but Isabel, seeing her chance of motherhood, persuades him that they can keep quiet and bring the baby up as their own.  Tom continues to be troubled by his conscience however and when he discovers on another visit to the mainland the truth behind baby Lucy’s existence and meets her mother Hannah (Weisz), still grieving for the loss of her husband and child, his conscience forces him to take action, with potentially tragic consequences.

The first part of the film dealing with Tom and Isabel’s courtship and early marriage is admittedly slow, although saved by the fine performances of its principal actors and the beautiful filming of the barren but impressive Australian landscape (actually largely filmed in New Zealand).   But once we get to the emotional heart of the story and the moral conflict of that, it is totally absorbing.  Fassbender gives another fine performance as the tortured husband and Vikander (so good in “Testament of Youth”) yet again demonstrates her emotional range from the vivacious young bride to the possessive and desperate love of a woman for the child she now regards as hers.   There is a moving performance too from Weisz, who turns out to be the moral heart of the film.

Strong supporting performances include Australian veterans Jack Thompson and Bryan Brown, the latter in a disappointingly small role as Hannah’s father.  The film also effectively evokes both the look and the inflexible attitudes of the small and isolated Australian community in the twenties.

Take plenty of tissues with you.  This is a real tear jerker. 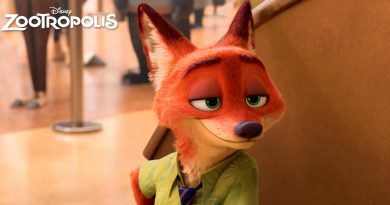