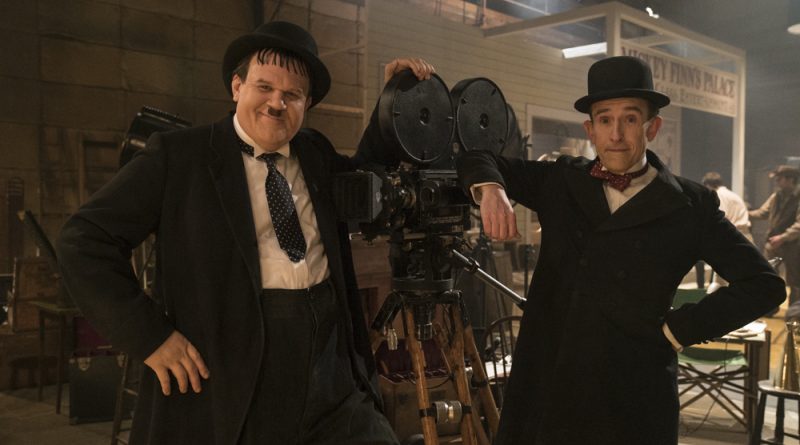 In the thirties Stan Laurel and Oliver Hardy were really big movie stars.  Their film partnership continued into the mid forties, though there was a six year gap between The Bullfighters (1945) and their last film Utopia (1951), which was made in Europe and in French.  By then their popularity was waning.  So in 1953 they undertook a variety hall tour of Britain with the lure of a possible deal at the end of it to make a comeback film here.

That is when the bulk of the story takes place.  But in a prologue we learn about a conflict in their relationship in 1937, when shooting Way Out West.  They are under contract to Hal Roach (Danny Huston) and his studio, which means a fixed salary and no share in the profits of their hit films. Stan (Steve Coogan), who is both the harder headed and more creative of the two, wants to follow in the steps of Charlie Chaplin and form their own independent company.  The more easy going Ollie (John C. Reilly), who just wants to play golf and get married yet again, is happy to leave things as they are.  It is a conflict which will colour the rest of their relationship.

So when we move forward to 1953 and their arrival in England, although they have steadfastly never worked with any other partner, it is unclear whether their partnership is a deep friendship or maybe just a long standing professional relationship.

Both Coogan and O’Reilly have captured the physical aspects of their roles perfectly.  You can hardly tell the difference in the black and white clips between them and the real thing.  They also play out to perfection the pair’s comic set pieces, which they reproduce on the stages of the often third rate theatres on the tour. Olllie is the more placid of the two, despite his failing health but we also get to see his vulnerable side, his need to know he is loved. In contrast is the hyper active Stan, the brains of the partnership, who when not on stage is forever writing new scenes for the hoped for film on which they are pinning their dreams of a movie comeback.

The film also captures the look and feeling the fifties – the downmarket northern hotel which is their first stop in the UK and where Stan breaks into their act to entertain the young receptionist; the run down variety hall theatres and later the contrasting glamour of the Savoy hotel of the period where they stay for their London debut.

This is when their wives – “the girls” – join them.  As played by Shirley Henderson as Lucy Hardy and Nina Arianda as Ida Laurel they are both in their different ways fiercely supportive of their spouses and a bit of a double act in their own right.

The tour is masterminded by a young Bernard Delfont (Rufus Jones), full of amiable reassurance at every setback and with a sharp eye on the box office. After initially thin houses for the show, which bode ill, he persuades the team to do some publicity stunts, which succeed in getting the bums on the seats.

This is a fine bromance of a film, sometimes funny, sometimes poignant, always entertaining.  It is both a tribute to two once giant figures of the cinema who inspired many of today’s older comics and reminder of the transient nature of fame.  And it will introduce their comic genius to a younger audience, who may well never have heard of Laurel and Hardy before. 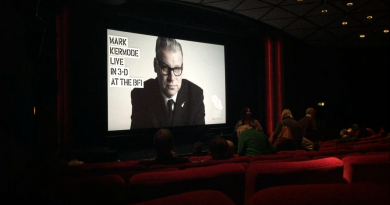 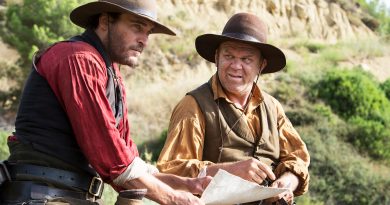 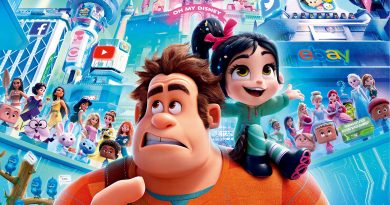