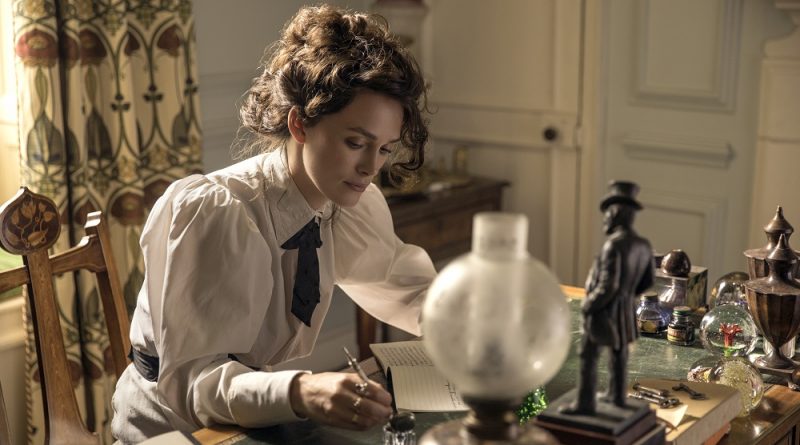 Keira Knightley is skittish, lively and bright as Colette in the film about the famous French novelist’s early years. We first see her as Sidonie-Gabrielle Colette living with her parents (Fiona Shaw and Robert Pugh) in the countryside around Burgundy. With her long plaits and schoolgirl demeanor she seems just a child until we see her making love to her much older fiancé Henry Gautier-Villars, known as Willy (Dominic West).

After they marry and move to Paris, Willy enlists Gaby as one of his team of ghostwriters. She, however, proves to be special and her series of novel with the heroine called Claudine, become a great success.

Willy and Gaby – now known as Colette – become celebrities and are toasted everywhere for the Claudine books. Willy is not faithful, but when he has an affair with an American Heiress played by Eleanor Tomlinson, Colette sleeps with the same person. Later Colette has an affair with the transgender Marquise de Belbeuf, who goes by the name of ‘Missy’ (Denise Gough).

Colette gradually comes to realise that her husband is exploiting her as he refuses to acknowledge publicly that she has penned the popular novels. She is determined to get her own voice heard.

The script, written by Wes Westmoreland and his late husband Richard Glatzer along with Rebecca Lenkiewicz (Disobedience) is always fascinating and the beautiful photography of the countryside and Parisian interiors is just lovely. Although we are focused, of course, on Colette and Willy, the other characters have their own personalities. Denise Gough looks just right as a male-dressing Missy. And the other smaller parts are equally well played in Westmoreland’s film.

Knightley and West work very well together. They demonstrate excellent chemistry and we can completely believe in their relationship. Knightly gives one of her best performances and West matches her. Shown at the London Film Festival| 2018, it is highly recommended. 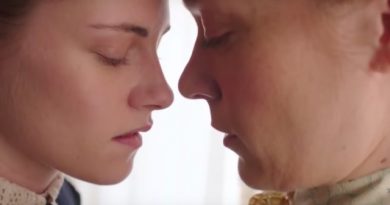 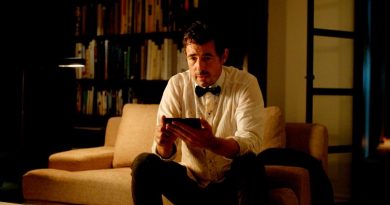 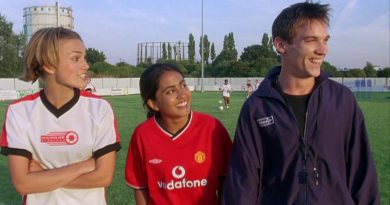