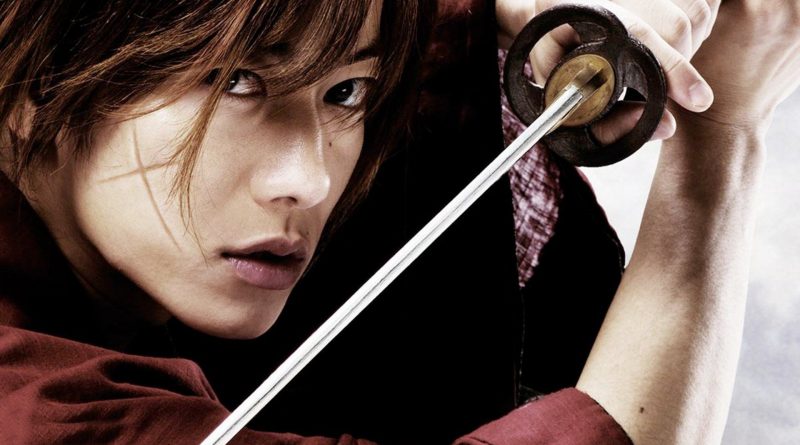 The third and final instalment in the Rurouni Kenshin trilogy is the highly impressive The Legend Ends (2015). Shot back-to-back alongside the second film Kyoto Inferno (2014), director Keishi Ohtomo steps it up a notch to create intense, fiery (literally), eye-watering set pieces that should change the pecking order in which weapon to choose in battle.

Ohtomo and his team set a benchmark for quick, sharp, one-shot sequences in Rurouni Kenshin (2012) and the sequel, rivalling the elevation of silat, the Indonesian martial art seen in the breath-taking The Raid: Redemption (2011) and the brutal The Raid 2: Berandal (2014), with incredible swordplay without any slow motion usage or camera trickery that could easily rival any Hollywood action film of the last decade.

Continuing from the cliff hanger ending of the previous film, we find Takeru Sato’s Kenshin Himura or Hitokiri Battosai as he’s better known, badly beaten and needing guidance from his former master Hiko Seijuro. Kenshin asks to learn the legendary High Heaven technique, and the video-game like special move of the “Nine Headed Dragon Flash” to defeat Shishio, a head-to-toe burnt, fully-bandaged former Shogun-killer, who threatens to take down the Meiji government and bring down Japan using a colossal Ironclad ship.

Kenshin has nothing left to lose after believing his true love Kaoru has died at the hands of Shishio. The first half of the film resembles a road movie, with Kenshin having to fight his way back to mainland Japan. The fight sequences start off slowly to build anticipation but once they do, the beautifully choreographed sequences, many shot in one fluid motion, range from one-on-one chaotic run-and-cut battles to four-on-one brutality, with an incredible range of weapons including a fantastic brawl within an engine room using only bare knuckles and German supplexes. The set pieces are shot intricately and with each swipe of the sword comes a balance of deadliness and delicacy that will certainly capture Western audiences’ thirst for creativity within the action genre.

A brilliant score, mesmerising backdrops and eye-popping costume design help create a universe in which the actors can flourish and become who they need to be. Takeru Sato brings his manga character to life with equal parts fear and compassion. Special mentions to Munetaka Aoki for his portrayal of Sanosuke Sagara, Kenshin’s sidekick who brings comedic presence to every scene he’s in. Then there’s the antagonist of the series, Tatsuya Fujiwara, who has more opportunity to place malice and reason behind his every action and really feeds off his image of dusty white and bloodied bandages covering every inch of his body.

If you’re a fan of live-action manga adaptations with solid acting, not too over-the-top dialogue, beautiful costumes, intricate back drops, a magnificently crafted score, intelligent camerawork capturing fast paced, back-and-forth swordsmanship and brutal cuts and slices, then Rurouni Kenshin: The Legend Ends is perfect for you, especially if you’re completely new to the series.

However, I would recommend that you watch the first and second films before heading into see this at your local cinema, it will definitely help with understanding the whole storyline arc. You can pick them both up pretty easily nowadays. The pay off at the end will be worth