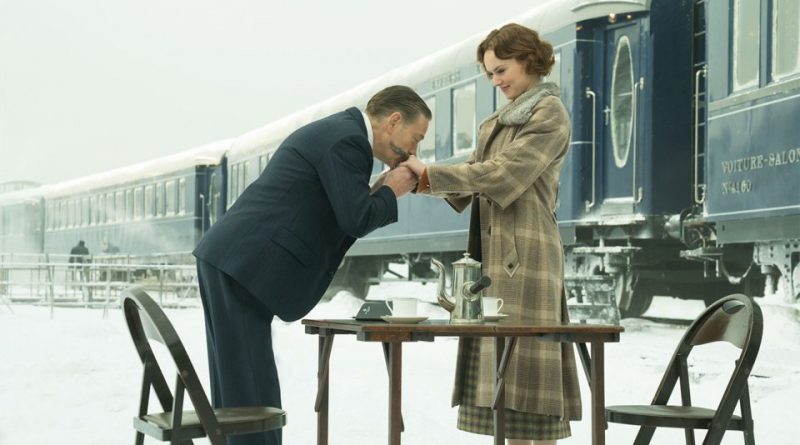 Apart from his awful, huge moustache, Kenneth Branagh, in his own adaptation of Agatha Christie’s Murder on the Orient Express, is an absolute delight. Branagh directs a stellar cast in this new version of the 1934 novel.

After solving a crime in Jerusalem, Hercule Poirot (Branagh), the Belgian detective, has decided to take a well-earned holiday break on the luxurious Orient Express. He is disturbed from his relaxing holiday when a murder takes place on the train. Who murdered the thug Ratchett (Johnny Depp), an art dealer?

The difficulty is that each of the passengers has a good reason to have committed the act. Was it the Princess (Judo Dench) or quiet Hildegarde (Olivia Coleman), Dench’s lady in waiting? How about the lively widow Caroline Hubbard (Michelle Pfeiffer) or the governess Mary (Daisy Ridley). How about the two assistants to the criminal Ratchett, his valet Edward Henry Masterman (Derek Jacobi) or Hector McQuuen (Josh Gad)? Or even the missionary, Pilar Estravodos (Penelope Cruz). Then there is the German Professor (Willem Dafoe).

After the murder on the train. Poirot interviews each one separately as he tries to work out who is the guilty party. The actors each have a little cameo and try as they might are not able to achieve much with the somewhat sparse script and the short time available to each. The only person we really get to know is Branagh as the Detective.

It’s 1934 and all are in attractive and exact period gear. There is some excellent photography with swooping shots as Branagh uses 65 mm stock.

I found the resolution something of a cop-out. But there is no faulting Branagh’s Poirot. He has the accent down to a T and his characterisation is suitably knowledgeable with his findings well presented.

There are interesting extras on the DVD and Blu Ray editions including deleted scenes with audio comment; director commentary; stills gallery, music of murder. The Dvd and Blu Ray are out now.