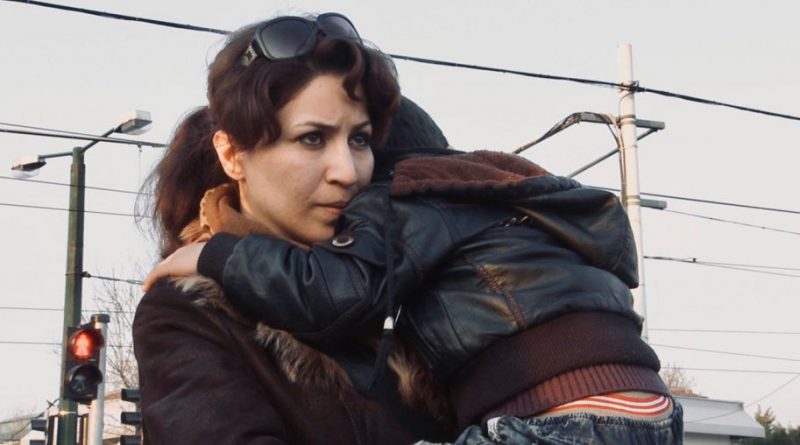 Review by Carol Allen
Love Child is a remarkably intimate documentary, filmed over six years, which tells the story of a refugee family from Iran and their years spent in limbo in Turkey waiting for the UNHCR (United Nations High Commissioner for Refugees) to process their application for refugee status.

Leila and Sahand are a couple, they have a 4 year old son Mani but they are not married, which is why they have had to leave their homeland.  When Mani was born  they were both married to other spouses and their relationship, if known to the authorities, would mean death for both of them.  Through their sessions with their therapist we learn that Leila was married to a drug addict, who was incapable of consummating the marriage and who used to beat her, while Sahand fears the Iranian secret service, who forced him to spy for them in his youth, will find him and kill him.  Turkey is uncomfortably close to Iran but until their status is confirmed, they cannot leave.

I describe the film as intimate, in that its Danish co-directors Eva Mulvad and Lea Glob seem to have almost moved in with the trio.  With its perfectly framed shots and access to many deeply personal moments in their family life and the sessions with the therapist, the film plays more like a feature film than a documentary.  To pick just one example, soon after their arrival in Turkey, we are party to a painful incident, when little Mani goes into total meltdown, after he is told that Sahand, whom he has been taught to call Uncle, is actually his father. He does though come to accept Sahand as the years progress and one of the joys of film is watching Mani’s development into a confident and happy child, who is by then speaking fluent Turkish.

The story itself develops into something of an edge of seat situation, when Leila and Mani are finally awarded refugee status but Sahand is still left waiting for a decision, because they are not legally a family but regarded by the authorities as two separate cases.   We are even more aware of the bureaucracy involved when the couple apply to get married and are faced with an almost comic tsunami of paperwork requirements.

While we are party to the pain Leila feels about the separation from her mother and brother, whom she might never see again and the insecurity the couple experience about being classified as stateless and therefore trapped in Turkey until their situation is resolved, it is nothing like as uncomfortable as that of the refugees we see so frequently on the news stuck in miserable camps.  They are allowed to work, unlike those in similar situations in the UK, which means though money is tight they can live in a decent flat and eat well and as time goes by they become friends with the neighbours and even describe the landlord as a nice guy.   But they are still left in the uncomfortable situation of feeling that they are waiting for their real life to begin.