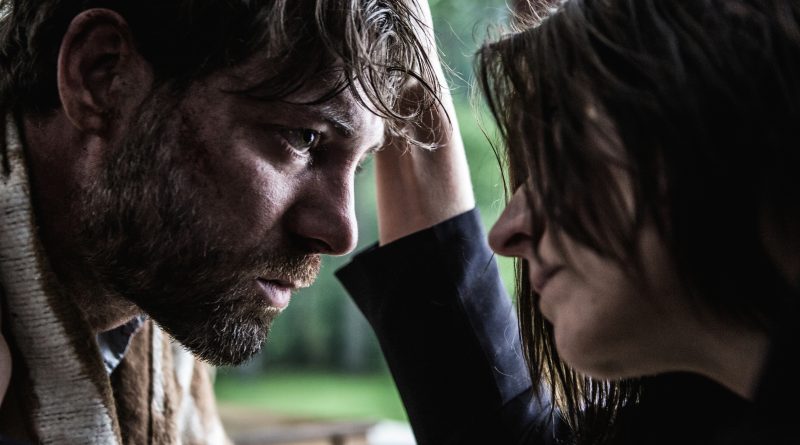 In recent years we’ve seen a spate of TV series (Broadchurch, The Missing) and documentaries (Channel 4’s The Paedophile Next Door, The Paedophile Hunter) tap into widespread anxieties over paedophilia. Now we have The Treatment, Belgian director Hans Herbots’ rendering of British crime writer Mo Hayder’s 2001 novel of the same name.

Tonally, The Treatment is a million miles away from the likes of Broadchurch: with this we’re firmly in the territory of Nordic noir, and although it’s derivative of TV shows like The Killing and Borgen, Herbots manages to absorb the tropes and makes them work effectively. There’s also a definite nod to David Fincher’s Seven: the film is often cast in Fincher’s trademark yellow/green hues, and there are countless other allusions, like recurring shots of frantically-guided torchlight cutting through foreboding darkness.

In the film we follow Detective Inspector Nick Cafmeyer (Geert Van Rampelberg) as he’s called upon to investigate a brutal attack on a family, which has resulted in the abduction of their son. The case brings back traumatic childhood memories for Nick, whose younger brother, Bjorn, was abducted by a paedophile and never seen again.

As an examination of guilt, The Treatment works spectacularly well. Flashbacks replay the moment of Bjorn’s abduction as if it plays on a loop within Nick’s head. The imagery is haunting, terrifying in its hushed clarity, and symbolically potent. Bjorn is taken by a set of railway tracks cutting through the countryside, and the recurring image of a hurtling train brilliantly depicts the truth that constantly eludes Nick, as well as the persistent guilt he feels over his powerlessness to prevent the horrific. The film is partially reminiscent of Haneke’s Hidden in this respect: it’s not quite there, but its patterning of flashbacks and imagery work similarly well in portraying the devastating impact of childhood guilt.

Herbots also borrows Haneke’s tactic of forcing the audience to stay in the moment. We’re spared nothing here. Herbots often positions us in the victim’s p.o.v: as a result our prolonged experience of the crimes committed against them is teeth-clenchingly unbearable. Add to that a pin-sharp sound design, which can make even the trickle of water in a swimming pool grating, and the culminating effect is nerve shredding.

The repressed certainly returns in The Treatment: the past bleeds into the present, and characters we assumed were simply ghosts or figments of the imagination, suddenly walk into present scenes and take on an unsettling, very tangible existence. This is a world where children’s nightmares merge with adult anxieties and play out for real. Is this the ‘treatment’ that Herbot is prescribing to his audience? To force us to look into what we’ve been skirting around but haven’t quite tackled head-on?

How well The Treatment mines those anxieties is another question. On the one hand, the film makes some interesting comments: it plays into the The Paedophile Next Door’s ubiquitous sense of suspicion. The red herrings in this film constantly shift, and, by the end, most of the male characters in it have been potentially framed as serial child abusers. The problem of demonising the innocent and condemning before the full facts are known is addressed to an extent. There’s also a suggestion that prescribed treatments for paedophilia have only served to exacerbate the likelihood of paedophiles acting on their desires, but this is clumsily expounded and ill-thought-out.

The Treatment eventually takes any meaningful discussion of paedophilia off the table. Instead of continuing to pursue this very real fear of ‘The Paedophile Next Door,’ the actual culprit (without giving too much away) is presented to us as a stereotypical monster – someone who we can easily assign our fears to and dismiss. The plot becomes absurd too. The events pose questions about the limits of what people can do to each other: specifically, what fathers will do to their sons in order to survive. While we regularly read stories in the press that confound us (like Fritzl’s cellar), what’s suggested here pushes boundaries to the point where the film’s raison d’être (to confront the unimaginable) becomes gratuitous and unbearable.

A word of warning: this is a shockingly graphic film. There are vivid descriptions and scenes of child abuse, which are extremely distressing to watch. Do not walk into this assuming that it’s a standard crime thriller with a tame bit of cat-and-mouse, cop-chasing-killer violence. Those aforementioned TV series have done a better job of exploring our contemporary attitudes toward paedophilia, and, at 130 minutes long, The Treatment may well have worked better if it was divided into a longer, more inquisitive TV mini-series. 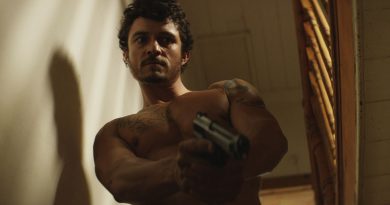 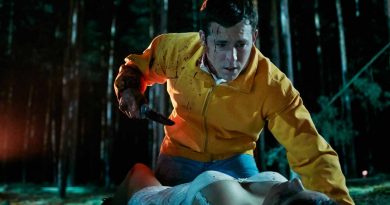