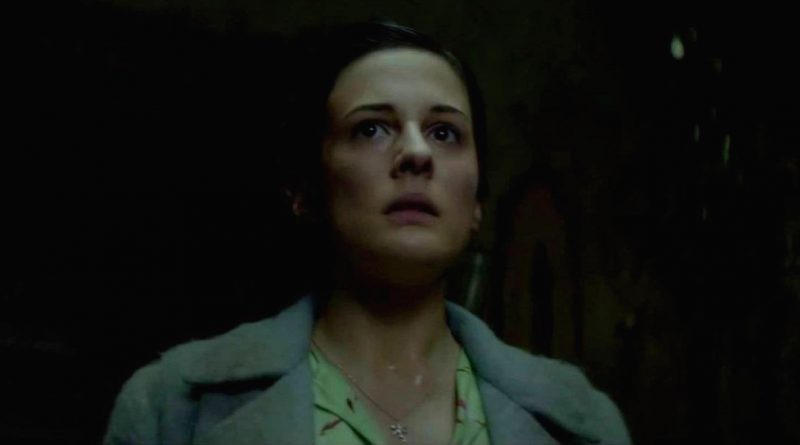 What was it about Jon Crocker’s script that attracted you to the role?
I think that it was how Jon approached my character, Eve. It is quite rare to come across a role as a female actress where you aren’t playing someone’s girlfriend, or you don’t have to get your clothes off. Eve is a fully rounded character who is driven by past trauma. Playing her, I also got to do the things that are typically assigned to male characters like running, and climbing and falling down slopes.

How did you find all the stunts?
I enjoyed all the action and stunt aspects of the role. I don’t know if you would call it a ‘stunt’ exactly, but when I had to wade into the sea that wasn’t much fun because it was so cold, so cold in fact that I spontaneously burst into tears, which was a little embarrassing because Oaklee (Pendergast), who plays Edward, was taking it all on the chin. Thankfully, me crying worked for the scene. Then there is a scene where I fall down a cliff, and for the initial tumble I had a stunt double, and then they had me three-quarters of the way down and I had to fling myself down. I kept on getting higher and higher up the cliff because I was enjoying flinging myself about so much.

This role and what it required is a detour from what you have done previously. How did you deal with the challenge?
I hadn’t played a role like this before, especially given the stunt work. The majority of my roles involve crying or begging for forgiveness on my knees, so I really wanted a change of direction and that was very refreshing.

Your character and the character of The Woman In Black share certain parallels and traumas. How did you find getting into the mindset of Eve?
Tom and I decided that we had to give Eve a life, so he made me write out a full biography for my character and what exactly had happened to her. I went right back, asking: Who were her parents? How had she grown up? What were the circumstances that led to this personal tragedy that, understandably, so deeply affects her? That was the only way that I could access it, by knowing every little detail of Eve’s life.

How often do you get the chance to go that deeply into a character?
It depends on the character and what the director demands. The hope is that by taking on the approach that we did on this project, the information you discover and create for your characters seeps through into your performance. You never directly use the information about who her parents are, or what were the exact circumstances, but it means that when your character is accessing a memory you can visualise it in detail. I found that preparation work incredibly helpful.

Is it something that you worked on in rehearsals?
We had some rehearsal time with this project, which isn’t always the case. I did work with the children and with Helen (McCrory), and we spoke with a historian as well. I find rehearsals an essential part of the process because of my background in theatre, and I find it tremendously hard to just walk on set and begin.

The majority of your experience is in theatre and TV. How did you find switching over to film?
In TV things are very quick. You have to squeeze everything into a very short time period. This was my biggest role and I felt an incredible amount of pressure regarding box-office returns, which doesn’t exist with theatre. They had high hopes for this film and taking on the lead role meant that I felt that if I was crap then the film might collapse around me. It was hard work as well, I was there every day for the nine weeks in these cold locations, so it was a tough job.

What was the atmosphere like on set?
It was a combination of scary and fun. We filmed in this jail from the 1800s, which was terrifying. It is meant to be haunted, and some of the scenes shot there were pretty intense. The good thing was that everyone who was working on the film was really up for a laugh. Tom and Jeremy are pranksters, so we had a lot of fun.

And how did you find working with Oakley Pendergast?
He is nothing like his character, I had this epiphany about him on set where I thought, “oh my god, you can really act”. He was a little geezer who was incredibly confident. It is very rare that you find a child who can act that well, and Oaklee definitely can. He was a dream to work with because of that; he is very convincing as this cherubic, lost, sweet boy who you just want to rescue.

How did you find shooting in the houses that stand in for Eel Marsh House, and how did you deal with the scary toys that populate the nursery?
I definitely feel that they upped the ratio on the freaky toys this time around. They were doing a shot of the monkey with the maracas, and it was hilarious because it would maraca itself off the table, which dispensed with the feeling of terror.

Are you scared of ghosts or have you had a spooky experience?
I am very scared of ghosts. I am constantly terrified that I am going to get haunted. Every time I stay in a hotel I am convinced that this will be the time I get haunted. And I am convinced that me thinking about getting haunted is almost willing it to happen. I was told as a kid that our house was haunted, and I have heard so many stories from people about their experiences that I now feel it is going to happen, and it is going to happen to me.

While this is very much a ghost story and a horror film, at the core of the film is a very human drama, was that part of the appeal?
I think that had the film been a gore-fest it wouldn’t have been as good. I really liked that it has emotional depth and these two-hander scenes. I think that had it been pure horror, with me just walking down corridors calling out ‘hello’, it wouldn’t be the film that it is. I would have gone out of my mind with boredom had it not had the drama as well.

You and Helen McCrory share some great scenes. How did you find working with her?
I was a little bit dumbstruck because I was very conscious of how great an actor she is. She has a wicked sense of humour and is incredibly cool. Helen is the kind of actor that I plumb for because she refuses to be stereotyped and will happily work on TV, film and theatre, and what she does is always really good.

How do you avoid being stereotyped?
My stereotype shifts, there was a time where I seemed to be only playing virgins, which was odd, and now I am entering my period phase. However, I have just played a drone pilot so I am hoping that role offsets the curlers and shift dresses.

Your father is an actor and has starred in the theatre production of Woman In Black. How was it starring in the sequel considering your family background with the story?
It felt odd, and I felt that The Woman In Black was watching over us, and looking after us, and giving us money to live. We spoke about the book and discussed it a lot. We found it very weird that we were doing it at the same time.

THE WOMAN IN BLACK: ANGEL OF DEATH IS AVAILABLE ON BLU-RAY AND DVD ON 13TH JULY, COURTESY OF ENTERTAINMENT ONE 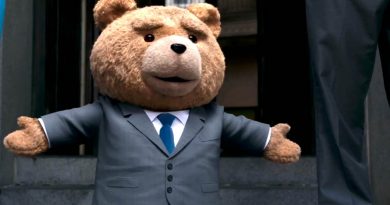