The UK premiere of Victoria was, quite fittingly, held at a nightclub – albeit at the reasonable mid-week time of 8pm. The CLF Art Cafe, based in Peckham’s favourite formerly-disused warehouse – the Bussey Building – played host to the film in front of a sold-out crowd. Refreshingly, this was one premiere that was ably attended by members of the public quick enough to score a cheap ticket. Here’s hoping that the CLF, in partnership with Curzon, can hold more film screenings of this ilk in the near future.

It’s part of the setting of Victoria that has made for natural bedfellows with the Bussey Building. As the film opens under the throbbing techno of a Berlin nightclub, so too were attendees at this screening of Victoria treated to an hour of similar sounds from Submit DJ Dan Berry, putting the crowd nicely in the mood for a decidedly moody film. Free bratwursts and Berliner Pilsner didn’t hurt, either.

If you haven’t heard any of the buzz pertaining to the film itself yet, consider this the first of many times that said buzz will cross your path. Shot completely in one take – good luck trying to find any evidence of Lubezki-style smoke-and-mirrors, because it’s not there – and clocking in at a deceptive 2 hours and 18 mins (it feels like much, much less), Victoria unfurls in real time on the streets of West Berlin. The film opens following ausländer Victoria (Laia Costa) as she spends the beginning of her night alone, dancing her troubles away in one of those too-cool-for-anyone Berlin nightclubs, a lonely figure trying and failing to make friends with the bartender, for lack of any other options.

Considering the main character gives the film its title, it should be no wonder that we follow events almost entirely from Victoria’s point of view alone, over one intense night that starts off fairly innocent and contorts intensely from there. It’s an Atlas-esque burden that’s perfectly borne on the adept shoulders of Laia Costa, as her slightly-naive music student eventually bears a smart, capable heroine that was formerly buried under layers of stranger-in-a-strange-land-itis. The twists the story takes are well-handled, not only by director Sebastian Schipper and cinematographer Sturla Brandth Grøvlen, but in the inherently natural, mostly-improvised reactions provided by the earthy cast.

Soon after Victoria exits the club where the film starts off, she meets a young group of rowdy West Berliners led by the charming Sonne (a vulnerable, endearing Frederick Lau), backed up by rough-round-the-edges Boxer (Franz Rogowski), hopeless romantic Blinker (Burak Yigit) and lightweight Fuss (Max Mauff). An affable bunch, you nonetheless share the same trepidation that Victoria does on meeting these German lads, but same as her, the scepticism is eroded as we see that for the most part they are fun-loving guys who are simply out to have a good time. That is, until Boxer’s past comes looking to haunt him, and the five of them are drawn into a situation they can barely hope to come out of unscathed.

To say more of the direction the plot takes is to give away its charms, but rest assured the rapid escalation of events will not only have audiences – like the one this writer was a part of – on the edge of their seats, but also slackjawed in their disbelief that everything occurring in front of their eyes was done in one f*cking take. Why this film was ever rejected from the Toronto International Film Festival boggles and frustrates the mind.

Anchoring everything is the awe-inspiring music provided by German composer Nils Frahm, who has done everything from contributing the techno in the club scenes to the impactful piano keys and violin of the film’s non-diagetic score. Beautiful scenes of ecstatic characters cutting loose in that aforementioned nightclub after one of the most tense moments of their entire lives are wonderfully juxtaposed with the twinkling, moving notes of Frahm’s composition, giving viewers the requisite headspace to calm the hell down and let their hearts catch up to their minds, whilst the on-screen characters forget entirely about the latter. It’s one of the best film scores of the last twenty years and if the film was merely great without it, it’s spellbinding with its inclusion.

Although cinemagoers won’t necessarily be treated to the scene-setting hour of techno music and free beer beforehand, the impact of Victoria won’t be any less. See it in a small, claustrophobic cinema, see it in the warm dark of your living room – you’ll feel the impact of Victoria, and won’t soon forget it. A modern masterpiece. 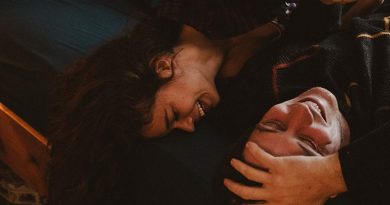