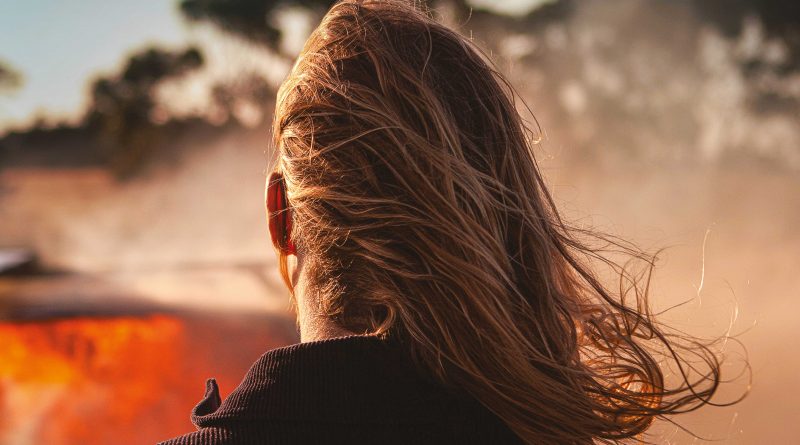 Written by Kurzel’s long-time collaborator Shaun Grant (Snowtown, True History of the Kelly Gang), the film stars Caleb Landry Jones, winner of the Best Actor Award at the Cannes Film Festival for his devastating performance as Nitram, alongside Judy Davis (Husbands and Wives), Anthony LaPaglia (Without a Trace) and Essie Davis (The Babadook) in phenomenal performances.  The stunning cinematography is by Germain McMicking (True Detective) and the evocative score by Jed Kurzel (Slow West).

Nitram (Caleb Landry-Jones) lives with his mother (Judy Davis) and father (Anthony Lapaglia) in suburban Australia in the Mid 1990s. He lives a life of isolation and frustration, never being able to fit in. That is until he unexpectedly finds a close friend in a reclusive heiress, Helen (Essie Davis). However, when that friendship meets a tragic end and Nitram’s loneliness and anger grow, he begins a slow descent that leads to disaster.

NITRAM is a compelling narrative portrait about the troubled person behind Australia’s worst mass-shooting in Port Arthur in 1996. The film focuses on the life of Nitram in the time leading up to the shootings, and sheds light on how these incidents could have come to pass, bringing to the fore a range of themes that challenge modern-day society including isolation, family support interventions, mental health and gun control.

Screenwriter Shaun Grant speaks about his memory of the event and the question that ultimately drove him to write the script: “There are certain catastrophic events that stay with you, events where you will forever recall when and where you heard the news. For my country, and for me, it was the news of the Port Arthur massacre. Thirty-five people were killed and 23 wounded at the hands of a lone gunman. At the time, it was history’s worst ever mass shooting. Viewing the harrowing images on my TV screen on that fateful day I kept asking myself the same question.  A quarter of a century later, that very question remains; Who would do such a thing?”

When director Justin Kurzel read Shaun’s extraordinary script he was gripped by the chilling character study he had created: “The forensic unpeeling of the character in the weeks leading up to the shootings was as vivid as it was elusive that it reached beyond the monster echoes and confronted me with someone who I felt I had known, walked past, ignored, would see but then forget. The portrait he invented, the family he created, the street they lived on all felt conversant and familiar. This step-by- step unpeeling of a character, their dismantling and isolation, dared me to consider how someone could evolve into a leviathan. When that person was at their most dangerous and volatile, how were they able to make the worst choices imaginable?”

NITRAM was shot in Australia during Covid-19 lockdowns and the film premiered at the 2021 Cannes Film Festival to emotional audience reactions and wide critical acclaim with the Best Actor Award given to Caleb Landry Jones for his sublime performance.

Director Justin Kurzel’s first feature film SNOWTOWN, premiered at the Adelaide Film Festival in 2011, winning the Audience Award.  The film screened in over 15 international festivals including Toronto and International Critics Week in Cannes where it was awarded Special Distinction of the President.  In 2014, Justin directed a feature adaptation of MACBETH starring Michael Fassbender and Marion Cotillard which played in competition at the 2015 Cannes Film Festival. In 2016 he directed the blockbuster adaptation of ASSASSINS CREED starring Michael Fassbender, Marion Cotillard, Jeremy Irons and Charlotte Rampling.  TRUE HISTORY OF THE KELLY GANG, a feature film based on the novel by Peter Carey and starring George McKay, Russell Crowe and Essie Davis premiered in the 2019 Toronto Film Festival Gala Section. Justin is an Executive Producer on the Apple TV/Paramount miniseries SHANTARAM, based on the book by Gregory David, being produced by Anonymous Content.

Cannes Best Actor winner Caleb Landry Jones has received critical acclaim recently for his work in THE OUTPOST and FINCH opposite Tom Hanks.  His roles in upcoming films include THE FORGIVEN directed by John Michael McDonagh, Alex Gibney’s TWO WOLVES alongside Viggo Mortensen and Luc Besson’s DOGMAN.   In 2019, Caleb Landry Jones was a recipient of both the SAG award and Critics Choice Award for Best Ensemble for his work in Martin McDonagh’s Oscar-winning THREE BILLBOARDS OUTSIDE EBBING, MISSOURI. In addition, he co-starred in Jordan Peele’s Oscar-winning GET OUT, as well as Doug Liman’s AMERICAN MADE and Sean Baker’s Oscar-nominated THE FLORIDA PROJECT.  Additional credits include Jim Jarmusch’s THE DEAD DON’T DIE, Brandon Cronenberg’s ANTIVIRAL and The Safdie Brother’s HEAVEN KNOWS WHAT.