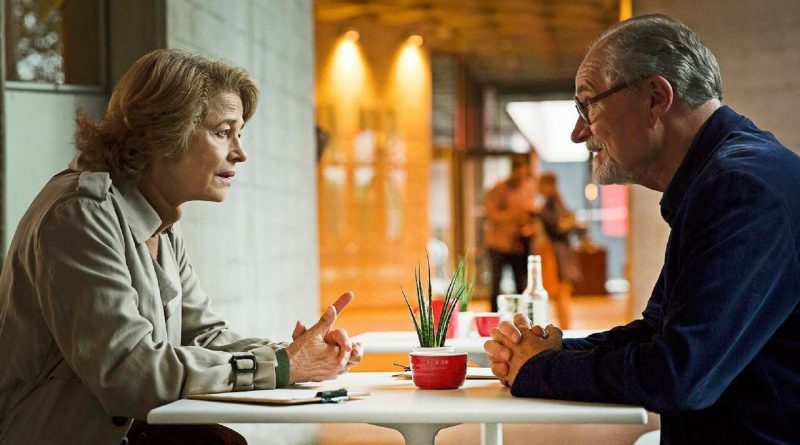 Brilliant acting all round! Jim Broadbent and Harriet Walter are particularly fine.  The film has a well-told mature story based on the 2011 prize-winning novel by Julian Barnes.  It is a quiet, thoughtful film which is obviously aimed at the older – or more mature – filmgoer. The film has a quality cast of British actors who are well directed by Ritesh Batra.

Life plods along in a regular manner for Tony Webster (Jim Broadbent) who gets up, makes his morning coffee and goes to work at his small shop – selling old and special cameras including rare Leicas – in London.  He eats his lunch alone in the park.  The only people he seems close to are his ex-wife Margaret (Harriet Walter) and their loved daughter, Susie (Michelle Dockery).  Margaret is a very busy QC who, at the beginning of the film, is using crutches to help her get around with an injured foot.

Because her mother (Tony’s former wife) is unable to walk, Susie calls on her father to accompany her to her baby preparation class – a single woman, Susie has chosen to have a child on her own.

Tony’s life is uprooted when out of the blue he receives a solicitor’s letter informing him that the mother of his great love at University, has died and left him something in her will. He finds out, however, that the daughter, Veronica, is refusing to give it to him.  The romance with Veronica was over 50 years ago.  Tony eventually meets up with the older Veronica (played by Charlotte Rampling) to discover why she is holding on to her mother’s gift.

The story is told in a series of flashbacks.  We see Tony and Veronica as young students with their close friend, Adrian (Joe Alwyn), who plays a major part in the disruption of young Tony and Veronica’s love affair.  There are, in fact, rather a lot of flashbacks and we sometimes have to re-orientate ourselves into the right period.

The early 60s has Billy Howle as a young Tony and Freya Mavor as young Veronica.  Well photographed and edited by Christopher Ross and John F. Lyons respectively, the director, Ritesh Batra, has caught the period early period well and it is nicely contrasted with today’s London.

I would have liked to see more of Emily Mortimer who plays Veronica’s sexy mother with terrific verve. Jim Broadbent is excellent as Tony and brings real class as well as being completely believable in the role.  He and Charlotte Rampling as his former great love, Veronica, play really well together and I like the way that the more mature Rampling tackles her roles these days.  The ending isn’t as dramatic as it could (should?) have been but it is, nevertheless, well worth catching. 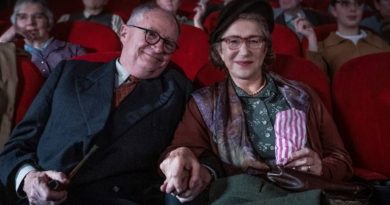 The Duke – Behind The Scenes Featurette