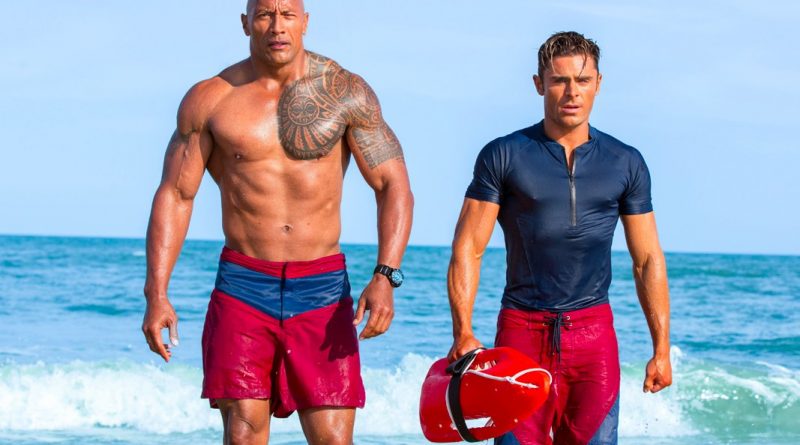 This is a fun and somewhat raunchy Saturday night movie, which doesn’t take itself too seriously.

With a contemporary cast and a couple of cameos from original Baywatchers David Hasselhoff and Pamela Anderson, it is an affectionate spoof on the original, which although largely screened in the nineties had very much an eighties feel, with its perfect bodies running in slow motion along the perfect beach in the iconic red swimwear – a feel which is lovingly reproduced here.  I don’t think I’ve ever seen so much in the way of rippling muscles and bounteous cleavage.

Johnson as Mitch the leader of the Baywatch team and Efron as his stroppy and big headed new recruit look as though they’ve spent months in the gym, while Kelly Rohrbach and Priyanka Chopra spoof the pneumatic sex object tradition of our forebears.  Rohrbach plays C.J. (formerly Anderon’s role) as a delightful dumb blonde with a dazzling smile, a half undone, zip front swimming costume and a spot on sense of satirical comedy, while Chopra is a wonderfully OTT siren/villainess.

The team members, as per tradition, do more than merely save people from drowning but are also keen crime fighters in their job of keeping their beach clean.   In this case the crime they are chasing involves drug dealing and murder, much to the chagrin of local copper Sgt. Ellerbee (Yahya Abdul-Mateen II), who resents them intruding on his patch.

In keeping with modern taste the humour is more than somewhat on the crude and  gross out side – lots of “dick and balls” jokes – as is the extravagance of the action scenes, which include an impressive fire at sea sequence and a spectacular explosive climax.

Johnson brings a strong physicality and a good sense of humour to his role, while Efron, playing the egotistical former Olympic champion Matt, matches him nicely in what is a bit of a pissing contest between the characters.   I’m not too keen on the muscle bound look though.  A few years ago post “High School Musical” Efron was showing promise as a serious actor/romantic leading man (e.g. “Me and Orson Wells” and “The Lucky One”), so I hope he’s not now destined for a career as bulked up eye candy.   He was also much sexier when skinny. 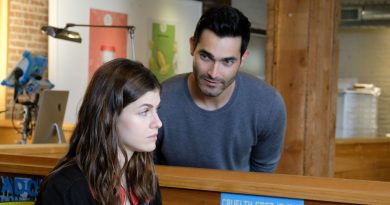