The story is not very engrossing and the script could well be improved, but there are not many films that boast actors of the quality of Robert Redford and Nick Nolte.

Redford plays travel writer Bill Bryson, who, after some twenty years in the UK has returned to the United States. He hasn’t been able to settle and suddenly announces to his wife Cathy (Emma Thompson) that he has decided to hike a very long section of the Appalachian Trail – a walk of 2180 miles which stretches from Maine to Georgia. Although his son and wife try hard to talk him out of it, he refuses to listen. He does, however, agree with his wife that he needs a travelling companion. A former friend, Stephen Katz (Nick Nolte), who has heard about Bill’s proposed adventure, offers to accompany him. As a former alcoholic and all round disheveled dissolute character, he is not the most promising companion, but as he is the only one on offer, the two set off together.

The rest of the movie is taken up with the adventures of the two elderly friends in the unfriendly natural environment. They meet with various characters including Mary Steenburgen as the somewhat amorous owner of a motel where the chaps stay.

The two main actors have a nice rapport between them and play two old codgers with believability. The main difficulty is that unlike Reese Witherspoon in Wild, Redford’s Bill has no real motivation for his activities. We learn that Bryson wishes to challenge himself so sets out to prove that he can accomplish the very difficult physical feat. Nolte’s Katz seems to just want to escape some difficulties in his personal life. He also wants to recreate some of the japes he had with Bill when they were younger.

So the film is not as strong as it should be and the ending is not very satisfactory. But Emma Thompson in the small part as Redford’s wife is fine as usual and Redford , who is 79 playing Bill Bryson who was in his 40s when he actually undertook the walk, and Nick Nolte are two stars who are always worth watching. 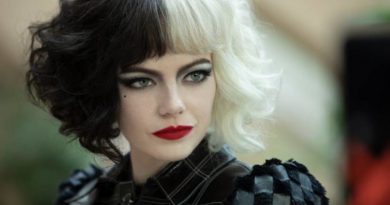