This sequel to Tobe Hooper’s 2004 remake of the 1978 original sees ‘Coffin Baby’ capture Samantha, (the sibling to Angela Bettis’s character, Joan, form the 2004 film – which you would never know unless you read the blurb first) only to subject her to torture and force her to watch unspeakable acts.  If I were her, I would’ve gouged my eyes out at the first opportunity.  I certainly wanted to whilst watching this.

After a troubled production history and an alleged fallout between the director and the producers, Toolbox Murders 2 is being hailed as the complete and official version of the sequel which had previously been released all over the world as Coffin Baby, 2 years ago.  Sadly, from wading through a myriad of articles online, it seems as though the earlier version had more content and was better received.

I can confirm from this cut of the film that the “plot” is nonsensical, with no clear through line to be found at all.  The first 30 minutes of the film are basically a random opening credits sequence followed by daily accounts of Samantha’s incarceration, although I’ve no idea who was filming it or how it was able to be edited into found footage.  It’s also very tedious, with the same title card popping up before every day’s worth of footage (some of which are approximately 10 seconds long) featuring such absurd events such as ‘Samantha drinking out of a puddle’ or ‘eating a cockroach before vomiting it all back up’.

After all that, the ‘documented days’ thing is lost in favour of random acts of torture-porn on nameless characters or some featured in flashbacks purely to be dragged in, only to be offed.

The third act is even more ludicrous as things take a turn for the supernatural.  I don’t know what dirt the director has on Bruce Dern and Brian Krause but both are far better than this.

It’s so easy for journalists to crap on films and to destroy many hours of hard work in one sentence, but I’m truly struggling to find many redeeming qualities here.  It was nice to have Chris Doyle back as the villain of the piece but apart from that, I wouldn’t recommend this to anyone.  It’s a baffling mess of a movie, one which only serves to make you want to check out the other cut of the film. 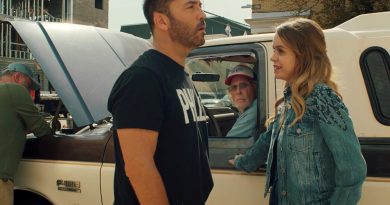 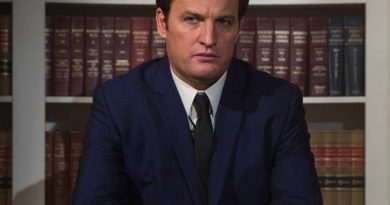