It would appear from this film that director Jason Connery has inherited his father Sean’s passion for golf and Scottish heroes.  This is the story of the Scottish Morris family, father and son, who lived in the Victorian era and created the modern game of golf.

Tom Morris (Peter Mullan) is a caddy to the Scottish gentry with a talent for designing and laying out new courses.  His son Tommy (Jack Lowden) shows exceptional talent as a golfer from an early age.  But while Tom knows his humble place in society, his son is social revolutionary, who marries against his parent wishes and becomes a golfing star with a good sense of the business of golf and the money he can make from it.

While particularly fascinating for golfing fanatics, there is also a good human story here, in the sometimes fractious but loving father and son relationship and the love affair between Tommy and Meg (Ophelia Lovibond), the wife his parents disapprove of because she gave birth to an illegitimate child in her youth.  There is also a good sense of the period and the class structure which dominated it.

Mullan, sporting a beard like that of an Old Testament prophet, gives a convincing performance as usual in a role which suits him well, while Lowden is terrific as Tommy.  He has an engaging charisma and cheeky chappie charm as the rebellious and independent minded youth, then going on to demonstrate a strong dramatic ability as the story progresses.   He has an impressive golf swing too.  The love affair between Tommy and Meg is beautifully and sensitively handled.  There is a good supporting performance too from Therese Bradley as Tommy’s stern but loving church going mother, who does not approve of her son’s bride, as is demonstrated in a terrific scene of family conflict, when Tommy and Meg join the family for the Hogmanay celebration.

Sam Neill’s character as one of the nobs at the posh golf club where Tom works is a bit puzzling, with his English accent amongst all these Scots and there are perhaps rather too many golfing scenes for those who have little interest in the game.

But for a general audience, the human story is very strong and the acting is excellent.   And Jack Lowden, soon to be seen in “Dunkirk”, is a talent to watch. 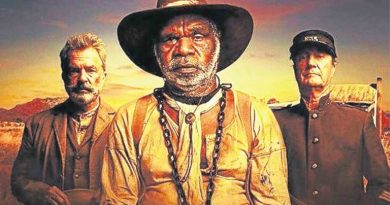 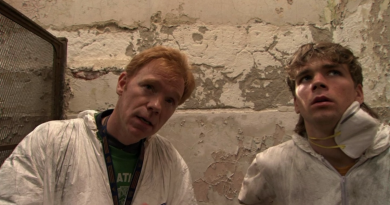