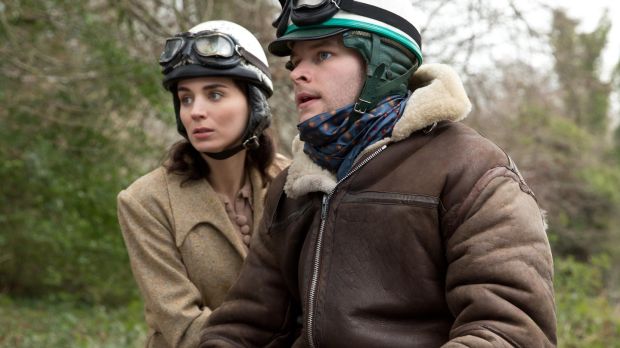 “The Secret Scripture” is the story of Lady Rose (Vanessa Redgrave), an elderly woman, who has lived in a mental hospital in Ireland for over 50 years, where she was condemned to incarceration for allegedly killing her new born baby.

Eric Bana plays Dr. William Grene , the psychiatrist brought in to re-assess her and the title refers to the notes Rose has made in her bible, which record her story.  That story is then acted out in flashback with Roony O’Mara playing her younger self.

Being written and directed by Jim Sheridan, with a cast of this calibre and with strong memories of “The Magdalene Sisters”, which told a similar female centred Irish story of injustice, I was predisposed to be sympathetic to the subject.  But I was expecting rather more than the film actually delivers.

It starts off well.  Redgrave with her wonderfully expressive eyes is excellent and the story telling in the present every time we come back to it is clear.  When we first go back  to 1942, the Irish Catholic attitude towards women comes over strongly.  The way men are inevitably drawn to Rose sexually is seen as her own fault and makes her a nymphomaniac in the eyes of her community.  Even though she is a Protestant, that doesn’t save her from society’s condemnation.  There is also an interestingly conflicted character in the person of Father Gaunt (Theo James), who is attracted to Rose.

But the story telling overall in the flashbacks is somewhat muddled and vague.  Rose’s lover Michael (Jack Reynor), a pilot fighting with the Allies in World War II and the father of her baby, is a bit of an enigma.   His scenes tell us little about him.  Why for example does he express so little interest in getting back to his fighting unit?  If the answer is because of Rose, their passion doesn’t actually come over as particularly all consuming.  The involvement of the IRA in the story also isn’t very clear.   Fans of Aidan Turner from “Poldark” will be really disappointed.  He plays Michael’s brother, who is in thrall to the Republican army but he looks very plain and unsexy here and doesn’t have much of a role.

Rose’s story only really comes to life in Redgrave’s scenes of her as an old woman.  Even so the resolution of the story and of the relationship between her and William, the psychiatrist, is both abrupt and again not quite clear.  This is a film which is very good in parts but somewhat murky in its narrative.