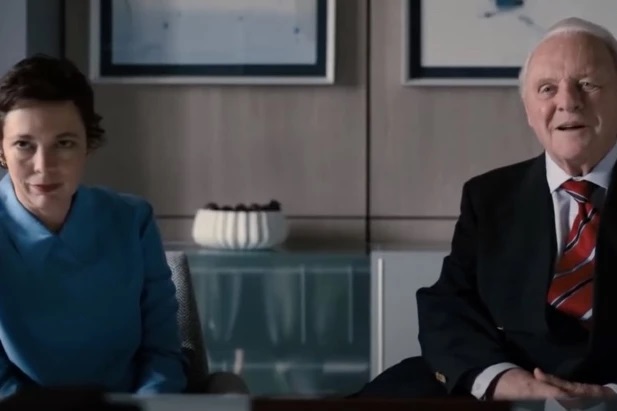 This is of course the film for which Anthony Hopkins won his second Academy Award for best actor with this one making him the oldest actor ever to do so.  His first was for Silence of the Lambs.

He plays Anthony, an 81 year old man who is suffering from dementia and what makes the role and the treatment of the subject original is the way that, in adapting his hit stage play for the screen, director Zeller with co-writer Christopher Hampton has elected not to observe his hero’s condition but to take us into his mind and see the situation from his point of view.

Anthony lives independently in the same beautiful London apartment where he has been for over 30 years.  When we first meet him he has just dismissed the latest carer inflicted on him by his daughter Anne (Colman), claiming he is fine looking after himself.  But the situation has changed, she tells him.  She is going to live in Paris with her new partner and won’t be able to visit him all the time.  Although intransigent, he does though appear to be perfectly rational.  But then odd things start to happen.  Who is the strange man (Mark Gatiss) in his living room, who claims to be Anne’s husband?   Why does Anne later deny all knowledge of the new lover and Paris and indeed appears to be living in Anthony’s apartment with the husband (Rufus Sewell), who earlier she said she had divorced.   Why does Laura, his new carer (Imogen Poots) remind him so much of his other daughter Lucy?  And where is Lucy?  Why does she never contact him these days?   What is going on in his world?

The situation builds up into a disturbing nightmare in its picture of a man who is being tortured by his own brain, struggling to make sense of an increasingly confusing situation.  The film is totally gripping, in some ways like a thriller or even a horror film, as we gradually piece together what has really been happening in Anthony’s world.  And it is ultimately painfully moving in its final revelation.

Hopkins is predictably superb, revealing the many aspects of Anthony’s character as he tries to make sense of his ever changing world.   There are even some unexpected touches of humour, as when he first meets Laura and tries to impress her by flirting with her and pretending he had once been a tap dancer.

Colman too is on top form as Anne, a woman who is deeply caring and patient but refusing to be overwhelmed by the emotionally draining situation in which she finds herself.  The film is overall beautifully cast, beautifully acted and not to be missed. 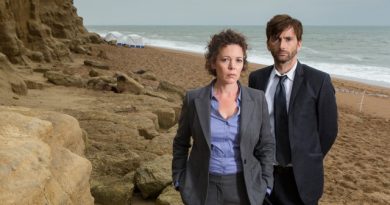 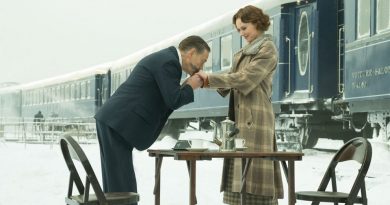