Cult director Jim Jarmusch turning his hand to the zombie movie genre.  Should be good.  An original slant on well worn territory?   A comedy, perchance a dry satire on American society?  Sadly though, despite an interesting cast, it’s a disappointment.

The story such as it is, follows the zombie film tradition of being set in one of those small and cosy mid-American towns with a main street called Main Street, where the local social centre is the town’s one diner.  Something weird is going on with the weather due to fracking activity in the North Pole knocking the earth off its axis and making the daylight hours out of sync.  No explanation as to why that should cause the dead to rise from their graves but never mind.

The local police in the form of Bill Murray, Adam Driver and Chloe Sevigny start to investigate and after what seems like a very long time, finally the zombies wake up and walk, or rather stumble around in the time honoured way and one by one the cast get eaten up.  They include local handyman Danny Glover; Steve Buscemi as a racist and bad tempered local farmer who almost deserves to be eaten; Iggy Pop, a walking corpse desperate for a gallon or two of coffee and Carol Kane in too short an appearance as a corpse being kept in the cop shop, constantly calling pathetically for her beverage of choice, which is a nice bottle of Chardonnay.

So yes, there are some amusing moments, some delivered by the laconic Murray, others by Driver’s character, who seems to be aware that he is in an old fashioned zombie movie, having read the script and knows it isn’t going to end well.

One of the most intriguing inhabitants of the town is Tilda Swinton, who runs the local funeral parlour – Scottish accent, dead white face, straw coloured hair, a rather strange gait and an impressive expertise with a samurai sword.  She provides some amusement and a strong presence but the resolution of her character seems to come out of another film altogether.

There’s also Tom Waits as the local hermit who hangs out in a nearby wood and doesn’t seem to have much to do with anything at all.   And much use is made of the film’s title song by one Sturgill Simpson, well known in country and western circles, I understand.  It gets very repetitive.

The film meanders on for 105 shapeless minutes and then just abruptly stops for no reason, except perhaps Jarmusch run out of ideas?  You have to wait a long time between the jokey bits, the story doesn’t go anywhere, the pace is funereal and a lot of the time it’s frankly boring.

However no experience is wasted.  Not being a great follower of zombie movies in the past, I didn’t realise the only way to kill an already dead zombie is to cut off their head.   Might come in handy one day, should the undead come a’calling.   Otherwise for zombie entertainment, give me the very British Shaun of the Dead any day. 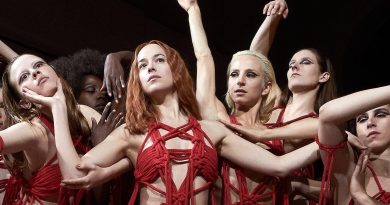 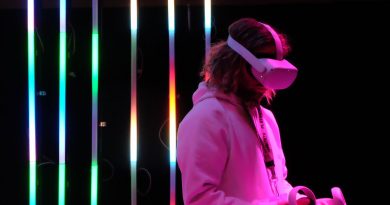 The UK premiere of GOLIATH: PLAYING WITH REALITY