A 1970’s set crime epic with the words “French” and “Connection” in the title, but with no Popeye Doyle in sight? Cedric Jiminez’s stylish contemporary classic tells the cocaine caper from the other side of the Atlantic Ocean, one oozing class and a filmmaking craft that marks it out as one of the best films of 2015, and the most memorable crime opus since Heat.

As with Mann’s LA masterpiece, The Connection presents us with both sides of the law; Pierre Michel (Jean Dujardin – The Artist) is a cop, slowly consumed by his desire to track down the source of the drug scourge that is infiltrating the streets of Marseille and spreading as far afield as New York. Gaetan Zampa (Gilles Lellouche) is the soft spoken, explosive fisted Kingpin, orchestrating the trade with his gang of cronies. The two skirt each other’s worlds, whilst destroying their own from within, Pierre Michel ostracising himself from his family, Zampa having to deal with mutinous factions within his organisation, but as their reputations for crime and justice grow, their collision becomes inevitable.

Filtered through a similar lens to J.C. Chandor’s, A Most Violent Year, at least in terms of capturing the essence of an era, The Connection is a sprawling, poetic, effortlessly gripping piece of work. From the minute Lykke Li’s beat heavy song Jerome accompanies an opening credits sun-kissed scooter ride to an assassination, the mood has been set. The film has a swagger to it; a sexy, fluid construction that immediately seduces the viewer.

There are so many stand-out, imminently re-watchable sequences; the opening of Zappa’s nightclub is one of those vibrant pieces of cinema in which you wish you could step into the celluloid, there’s a street showdown that has a burgeoning sense of impending doom that unfolds in a beautifully tragic manner, and then there’s the final reel catharsis which unspools to the sounds of Max Richter’s reworking of Dinah Washington’s stunning track, This Bitter Earth. As you can tell, the soundtrack to this one is a playlist must, it’s an integral reason why this film comes together in the way it does.

Another is Dujardin, returning from his post-Oscar, Hollywood cameo phase, it’s great to be re-introduced to such a terrific screen presence. Classically watchable, necessarily empathic for a role in which we’re meant to believe he’ll abandon everything he cares for in pursuit of Zappa, it’s a subtle, unshowy role, one in which he shrinks and grows as a reaction to the plot twists in an utterly believable fashion.

As his nemesis, Lellouche is equally good, imbuing his gangster with that same bottled rage, that same cusp-of-explosion fear which makes all of the best screen mobsters so terrifying. But he too is afforded layers beneath the intimidating exterior, particularly as his empire begins to unravel, and by film’s end you might even feel a sliver of compassion towards this evil man, simply because of the charisma Lellouche brings to Zappa.

The women aren’t served as well, which could be forgiven due to the context of 1970’s and discrimination associated with that period of time, but they’re essentially there to fret for their good-guy husbands, or be spoiled with riches by the mobsters.

That’s really just nitpicking in order to provide balance to the hyperbole, because although you might recognise some of the tropes and clichés littered throughout this crime drama, the performances of the leads, and the way in which the film is put-together with dramatic, musical, and action beats, give it an authenticity and electricity to rival anything on the big screen at the moment.

The Connection is out on DVD now. 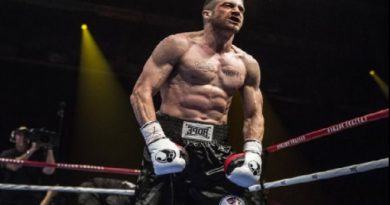