The year is 1806. England is beleaguered by the long war with Napoleon, and centuries have passed since practical magicians became the stuff of legend. But scholars of this glorious history discover that one remains: the reclusive Mr. Norrell (Marsan), whose displays of magic send a thrill through the country. Proceeding to London, he raises a beautiful woman from the dead and summons an army of ghostly ships made of rain to terrify the French. Yet the cautious, fussy Norrell is challenged by the emergence of another magician: the brilliant novice Jonathan Strange (Carvel). Young, handsome and daring, Strange is the very antithesis of Norrell. So begins a dangerous battle between the two great men. Their obsessions and secret dabblings with the dark arts will cause greater trouble than they can ever imagine.

The long-awaited television adaptation of Susanna Clarke’s seminal novel has transpired to be worth the wait. An absolute doorstop of a novel, Clarke’s 700-page-odd socio-historical fantasy epic is an obvious choice for the small screen, albeit a choice followed by ponderance of how exactly to approach the text. As it has been some time since this reviewer read the original novel, what stuck out was the fact that every key moment and plot development is retained and brings to memories of the book back to life; there are no Game of Thrones-style wanderings from the source material here. The main plot and its machinations are firmly in place (aside from dropping one or two droppable sub-plots), and given justice by those in charge of the transition from page to screen.

Where the book has its realistic, slower-moving moments depicting the pomp and circumstance of British high society at the time (along with a reason for said moments relating to form and construct), there is no time for such feet-dragging here (what with the limited time available to the showrunners). The story hums along, as where Jonathan Strange takes a good long while to appear in the novel he shares the title of, he forms his friendship/rivalry with Mr Norrell within the first two episodes here. Similarly with Mr Norrell, his unspeedy arrival in London is significantly increased within the miniseries. What is lost with the building of suspense is gained in the inevitable, yet still-thrilling plot developments.

Another coup de grace for the series is in its casting; ever since the announcement of Eddie Marsan being cast in the role of Mr Norrell, it was assumed that he would be fantastic in the role. And he is. Marsan’s usual typecast roles share many personality traits with Norrell – he goes into the role for this miniseries completely sure of his performance and what he’s doing as an actor. The surprise is Bertie Carvel – a relative unknown to the world of screen (coming from a stage background), I thought to myself multiple times how grateful I was that the creators not only found but then also decided upon Carvel. He is truly a perfect Jonathan Strange – so much so that my own memories of the novel are now coloured with his face. His charming, affable nature along with his poised yet puzzled reactions to the events around him are taken from the novel and pinned upon Carvel in such a way as to suggest he actually walked straight off the page.

The money pumped into this memorable mini-series (comprised of a tight, fast-paced seven episodes which go by far too quickly) simply drips off the screen; there is spectacle here to rival more than a few blockbusters of recent times. The infamous Battle of Waterloo is depicted with not only awe but sturm und drang. The magicians most impressive magical feats are brought to life with vivid intensity and are firmly believable; the biggest misstep Haynes and co could have taken here would have been to have sub-par CGI, letting down the entire enterprise. Luckily for us viewers, this was not the case.

Toby Haynes’ direction of the series reflects the tone of the source material; dark, a little moody and verging right on the edge of gothic without going over that line thanks to its vein of humour both black and otherwise. There is a one-two punch here, delivered with all the accuracy of a pugilist; the horrifying plot developments, such as the predicaments Lady Pole (Englert) and Stephen Black (Bakare) find themselves in thanks to Norrell’s interactions with ‘the Gentleman’ (Warren) – an ageless fairy with malicious intent –  are coupled with lighter moments, like most scenes involving either so-called charlatan magician Vinculus (Kaye) or social climber/user Christopher Drawlight (Vincent Franklin). The result is a delicate balancing act so rarely achieved; yin complementing yang.

The aforementioned Marc Warren is another example of pitch-perfect casting, in what is arguably the hardest role to cast. As the Gentleman (also known as the Gentleman with the Thistle-down hair in the novel), Warren has to be conduct his own balancing act of flitting between anger and serenity at a moment’s notice, reflecting the fairy’s unnatural temperament – he does this with seeming ease. The one setback of the creators adaptive choice is to add a strange effect to Warren’s voice to have him sound otherworldly; a good idea in theory but in practice it is distracting and unnecessary. He looks creepy and unnatural enough, with his silver hair, long, sharp nails (claws?) and animalistic, bushy eyebrows.

It would be easy to reel off all the supporting actors and why they were good in their roles; however, it is easier still to simply say that there isn’t a bad performance in the bunch. Notable standouts are Alice Englert, a future breakout talent to be sure (if not already breaking out right now thanks to this performance) as her rendition of Lady Pole’s horrifying predicament ring both haunting and true, and Enzo Cilenti as Norrell’s servant John Childermass; yet another character who magicked himself off the page and onto our screens. His Northern attitude, the way he holds himself, his ability to be rude and direct with those he doesn’t like and almost-respectful and direct with those he does – Cilenti has it down pat.

Some of the only drawbacks of the series are the loss of the footnotes – a joyous feature of the novel, adding history, context and numerous sidebars to the world of Mr Norrell and his one-time pupil, there is obviously no way to feature them in the miniseries as that is simply not how television works. A missed opportunity is sensed here, as a cool special feature for this Blu-ray could have been some of those stories told in the footnotes filmed as shorts. A lot to ask, of course – but an intriguing idea nonetheless.

In the novel, these footnotes also provide the reader with more knowledge and understanding of John Uskglass, the Raven King – former magical conqueror and king of England, after returning from the lands of faerie at the head of an army. It isn’t apparent how clear the information relating to this character is to non-book readers watching the miniseries; the problem being that it should be as clear as day, due to his vital importance to the story.

When the complaints are this few, what else is there to say? Gorgeous production values and costume design put you in the time period. High quality CGI has you believing in magic. Masterclasses in British acting unfold before your very eyes. The teleplay retains all the wit and wonder of the source material. Director Toby Haynes steers the ship as though it were made of wood and not some sort of illusion, like it was made out of rain – which, of course, it is. Television is smoke and mirrors; Jonathan Strange & Mr Norrell makes it look like it isn’t. The series looks gorgeous on Blu-ray, and definitely works better in the binge-watching format rather than being eked out once a week. It almost feels just like reading a novel.

Jonathan Strange & Mr Norrell is out now on DVD and Blu-ray. 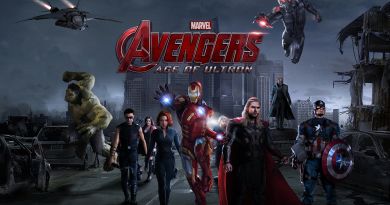