If you know the Dylan Thomas poem from which That Good Night takes its title, it’s no spoiler to tell you that it is about a man dying.

With sad irony it was the last film completed by John Hurt before his own death in January 2017.  It was filmed the previous summer in Portugal.

This is not the first time the story itself has been haunted by death.  The film is adapted from a stage play by N.J. Crisp, which starred the late Donald Sinden.  It received rave reviews on its out of London tour but the proposed transfer to the West End was cancelled due to the death of Sinden’s eldest son Jeremy.  His brother Mark is one of the producers responsible for bringing the story to the screen.

Hurt plays Ralph, an elderly and successful screenwriter, who is living in retirement with his much younger second wife Anna (Sofia Helin) in a luxurious villa in Portugal.  He has just discovered he is suffering from a terminal illness – a fact which he is keeping secret.  Ralph is a cantankerous, selfish and often vitriolic bully, who is also capable of great charm.  So not a man who is going to “go gentle into that good night”.  The poem’s adjuration that “Old age should burn and rave at close of day” couldn’t be more appropriate.   Though in this case we have a character who has been burning and raving all his life.

Ralph’s great wish before his death is to be reconciled with his only son Michael (Max Brown), who has fallen out with his father over the way Ralph neglected Michael as a child.  The reconciliation however goes horribly wrong when Ralph insults Michael’s girlfriend Cassie (Erin Richards).  Things get interesting when we discover Ralph’s other secret.  He has set up a meeting with The Visitor (Charles Dance), who represents a sort of Dignitas assisted suicide organisation.  The Visitor though has a trick or two up the sleeve of his impeccable white suit, which enable Ralph to find a new meaning to his final days before embarking on his journey into “that good night”.

The fact that this was Hurt’s last film adds an extra poignancy to our perception of what is in any case an excellent performance, in which the actor explores and reveals the many sides of this exasperating and complex character.  The father/son conflict is perhaps somewhat well worn territory but the actors give it new life.  Performances are all good with Helin particularly touching as Anna and the role of The Visitor adds an intriguing and unexpected dimension to the tale.

The story does to some extent betrays its theatrical origins in the tight and enclosed nature of the action but the beauty of the Portuguese landscape gives it a cinematic quality.

And as a moving bonus for lovers of the Dylan Thomas poem, we get to hear the unmistakable, rich tones of John Hurt reading it movingly as the credits are about to roll. 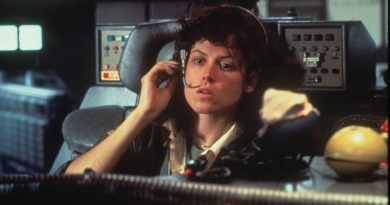 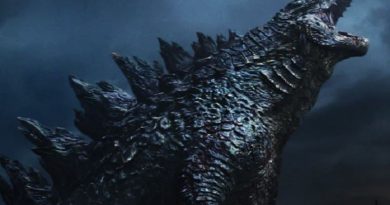 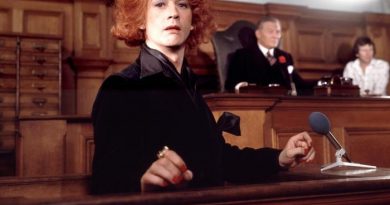