Set to go down as the Blair Witch of the documentary world, Tarnation was completed using a free Apple video editor and just over $200. There is also the small matter that the media used, an assortment of various video formats, photographs, TV footage, answer phone messages and music, was collected over 20 tough years. Caouette picked up a camera when he was 11 to chronicle his mother’s mental decline since her disturbing childhood, and after sifting through masses of collected material what follows is a stream of consciousness; images and sound cut together as if they tumbled from the filmmaker’s psyche as he recalls them.

Proving that he can inject what would probably be an assignment for a multimedia student with a jagged punk edge, Caouette takes hundreds of photos and feeds them through every conceivable filter and extrusion iMovies has to offer. Backed up by an expertly realised soundtrack that pulls at the heartstrings when needed, he elevates a seemingly mundane task into one of unstoppable speed as the montage is at times harrowing, funny and downright shocking in equal measures. With some of the scares having the same unnerving effect as the cursed video in The Ring, Caouette manages to embed the real life pictures with a certain amount of organic darkness, a crawling shadow threatening to tear through the underbelly of middle America.

Before everyone runs off and starts scanning their family albums and holiday snaps, it should be pointed out that what editing software can’t do for you is arrange your life into some sort of narrative. Footage in the documentary seems scant at best and, when it is used, Caouette’s sense of the dramatic tends to throw things in doubt. He can ace non-linear editing 101 but the aspiring performer seems mired in a melodramatic acting class. Indeed the events surrounding his life and that of his mother’s are painfully tragic. But when these are presented in words rather than pictures, and about enough narration to fill a Mr Men book at that, the audience is left with nothing on how people coped, or any sense of the life they had to endure following such horrific circumstances.

When Caouette does turn the camera on people they don’t want to talk and every question the documentary seeks to answer is thrown back at the camera, to be left eternally buried. Instead the director must turn to footage of himself as a kid, struggling to grow up with dreams of acting. While his own young performances seem prodigal, an 11 year old Jonathan playing a tearful, beaten mother would teach Haley Joel Osment a thing or two, we never really get a sense of the truth. All the scenes of violence are artificial, part of his constant ambition to make short movies of which his grandparents are willing participants in. So the niggling criticism keeps recurring that how can the audience ever be sure of the lengths of manipulation?

Even Caouette’s mother, whom the whole documentary is centred around, proves elusive; an Orson Wells’ Third Man, talked about but never around to give her side. Again one distressing scene touches on how detached she has become from reality, but it’s never woven into any sort of context. Renee, like her son, was a gifted child and a model and actress so it’s never clear how much of her still wants to act up for the camera.

With the middle part of the film being a simple biography of a teenager realising his sexuality, the film essentially resolves itself as is a tale of a son growing up, moving out of home and realising how much he loves his mother. Approaching it as anything deeper than that seems to disregard what a documentary should be; an exploration of real life in unordinary circumstances, a testament to the human condition and of raw emotion. When Caouette’s father turns up for a reunion the information gleaned from the encounter might as well be read from his driving licence. With reality TV poking it’s nose into the drama of everyday life, Tarnation settles on parting shots.

The whole visceral experience is a calling card for a new wave of editing, the angry, vivid art is presented with tenacious energy, but Caouette himself has failed to give the audience access to his close family and has instead kept them shrouded in secrecy while he is the centre of attention. One of the final shots sees him painstakingly getting the camera set-up to film himself, but when he eventually sits down to open up he walks off stating he isn’t ready. We want answers but nobody seems to be around to give them. 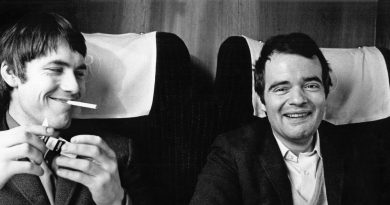 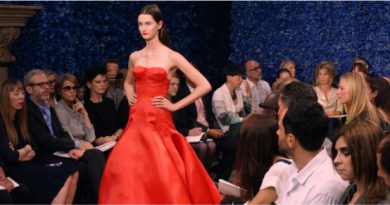