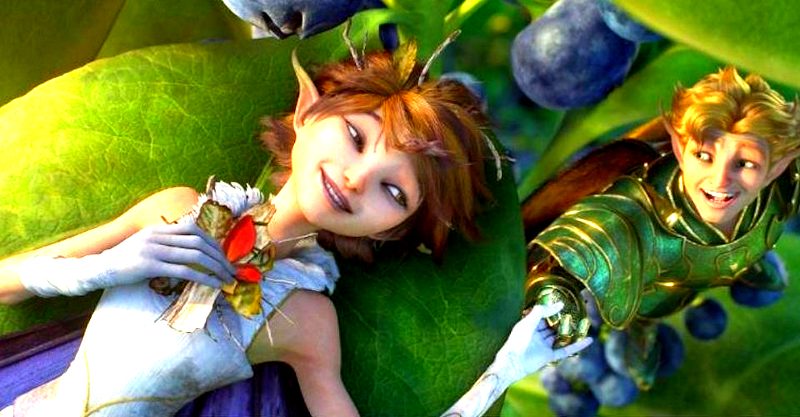 This George Lucas produced animated fantasy is as strange as its title suggests, but is lacking in anything approaching the titular magic.

A frustrating film on different levels, Strange Magic yearns to be so many of its influences that it doesn’t find an identity of its own. Part Epic, in terms of visuals and themes, part Dark Crystal, with it’s twisted darkness, part Frozen, princess sisters yadda yadda yadda, and most pertinently in terms of its success as a film, part Glee.

You see, these woodland creatures communicate in song, not original numbers either, but classic and contemporary tunes such as Beyonce’s Crazy in Love, The Four Tops with I Can’t Help Myself, Kelly Clarkson’s What Doesn’t Kill You Makes You Stronger, and Elvis Presley’s I Can’t Help Falling in Love With You. Initially it’s a novelty, the overriding reaction being one of “oh, they’re doing it like that are they?” but this soon gives way to the excruciating realisation that this pattern will be incessant, uninspiring, and completely without charm.

The same criticism can be applied to the majority of the characters: the prince charming-alike, Roland, is an identikit Disney love-rival, all smarm and heroic inadequacy, “like totally annoying”. The love-struck elf, Sunny, is a charisma free little jerk whose saccharine attitude to everything simply grates. And the damsel in distress, Dawn, sings “Sugar Pie Honeybun” to such a degree that you wonder why they don’t just leave her to rot with the Bog King.

Kudos for not going the route of predictability with the fairytale happy-ever-after wrap up, and with Wood’s Marianne, they at least have an intriguing female heroine with something approaching an arc, but even that’s becoming the norm with Disney pics these days.

The film veers from looking spectacular, to having an off-set Henry Selick vibe, especially when we’re in the company of the forest dwellers, the whispering mushrooms are a particularly delightful high point.

The younger, less discerning viewers may fall for its pop stylings, but in an animated playing field where you have to do something amazing to stand-out from the pack; Strange Magic deserves to get lost.