Be My Baby was a smash hit in Japan, shown all over the country and selling out everywhere. Even more surprisingly, the “phenomenon” is a low budget indie movie – it was shot in just four days as part of an actors’ workshop featuring all newcomers playing the parts under the supervision of the veteran director, Hitoshi One.

As the DVD packaging says, “step inside the seedy and sexy world of Japanese youth!”. What the film is about is the gyaru youth culture of a section of young and working class Japanese experience. For the uninitiated, “gyaru” is simply the Japanese transliteration of the English word “gal”, which originated in a 1970s brand of jeans called “Gurls”, with the advertising slogan “I can’t live without men”; the word was eventually applied to fashion and peer conscious girls in their teens and early twenties. As I understand it, nowadays the gyaru style applies to clothing, cosmetics, magazines and music.

The story involves a casual party in the home of the overbearing Kogi, where a number of 20-something Japanese boys and girls with long and deeply entwined histories navigate the secrets and lies of contemporary relationships. Hitoshi One’s dark, yet soapy, drama explores the secrets and lies of contemporary relationships, touching on issues of self-respect, emotional manipulation, casual viciousness, petty interpersonal politicking, dependency, insecurity, infidelity and misogyny. These are recognisable characters with unfortunately recognisable human flaws.

I was fascinated by the claim that the film was made in four days, particularly given its lengthy running time. The concept of the “workshop” was also of interest. I have attended and reported on a UK equivalent, where several films were shot in 24 hours by young film-makers under the overall supervision of an experienced director. Apparently, in Japan, acting hopefuls pay to join classes which are led by known directors. This seems to benefit one and all, including the Japanese indie cinema and independent cinemas as they are able to show the movies in limited runs, very cheaply, and then attract fans of the director as well as all the friends and family of the cast and film-makers, and get DVD sales as well. In the Special Features, apart from the trailer and a “pyjama-party chat” with the girls of the film (good for an ogle!) there is an interesting interview with the producer, Masashi Yamamoto. In this, he tells a different, but more realistic story, in which it is clear that the film took about four weeks to produce. Yes, it is very fast, but it is misleading to say that it took four days. He says they took a week to audition, a week of discussions about the contents of the film and then three to five days for the shoot. Presumably there must have been a week or so of editing and completion. It was interesting that the shots were all long, but, from viewing it, the editing has quite a fast pace so the long shots were then edited into short shots. Finally, on the shooting, because it is of interest to prospective film makers, it was shot using three cameras.

The interiors are typical of the workshop genre, in that they are set in some shabby apartments occupied by Don-Kyun (DQN) tribe who are usually of no education, low income, country-born youngsters with complicated love lives.

You will need to be either Japanese or be steeped in Japanese youth culture to get the most out of this. However, it is quite entertaining if bordering on the over-long. 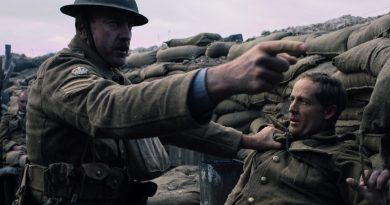