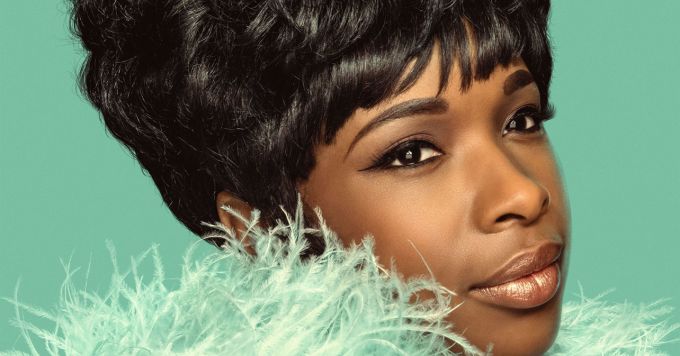 This Aretha Franklin biopic covers the first twelve years of the singer’s career when in her teens and twenties up to her hit gospel album Amazing Grace in 1972, which was the biggest seller of her career.  The film is led by a strong performance from Jennifer Hudson and while not quite as sensational as she was in her Dreamgirls debut in 2006, she does a great job of belting out the songs and also in her performance overall.  Now in her late thirties, she is still totally convincing as the young singer and was in fact the real Aretha’s choice to play herself in the movie.  The two women worked closely together developing the role for several years before the singer’s death.

The film opens with Aretha’s childhood in a comfortable middle class home headed up by her father, preacher Rev C.L. Franklin (Forrest Whittaker), who was estranged from Aretha’s mother.  He is a loving but controlling father, who encourages her in her singing as a child.  Whittaker captures the man’s contradictions well.  Skye Dakota Turner as the young Aretha is absolutely terrific.  Really engaging and then absolutely heartbreaking in her grief, when her mother unexpectedly dies at a young age.  Marlon Waynes as Ted White, who becomes her manager, marries her when she is still a teenager and then turns out to be an abusive husband, shows us the charm of the man as well as his darker side and Kimberly Scott as Aretha’s paternal grandmother Mama Franklin is a strong, calm presence holding the home front together and doing most of the raising of Aretha’s children.

The film is well directed and acted but the pace is strangely even.   It is more a series of incidents in Aretha’s life punctuated with a lot of very well staged and delivered songs, as opposed to giving us a sense of dramatic development.  Frustratingly there also seems to be quite a lot missing.   Although Aretha’s support for civil rights is briefly talked about, we never see her really in action on this.  There is a mention of Angela Davis and a couple of small scenes with Martin Luther King (Gilbert Glenn Brown) and that’s about it.  Nor are we conscious of her being subject to much in the way of racism, apart from one mild remark by record producer Jerry Wexler (Marc Maron) about her team of backing musicians, which he immediately retracts   In fact apart from Jerry and a few other musicians, we hardly see a white face in the whole film.   And what about her children?   Aretha became pregnant with her first child when she was 12 and there is a disturbing hint in the early part of the film about how that pregnancy might have come about.  She had four children in all, all boys but we see little of her with them and as the loss of her mother was so important to her, it would have been interesting to see more of her relationship with her own children.

Having said that, what is there is in the film is most enjoyable, particularly if you are an Aretha Franklin fan. Hudson does her idol more than justice.  After Aretha’s string of hit records and personal challenges, such as battling with alcohol abuse and a broken marriage, the film ends with the recording in the church where her story began of that Amazing Grace album in 1972.

Aretha was to go on to many more years of success until her death in 2018, which meant she never got to see the film she had helped to develop.  The information we get at the very end of the film about the rest of her career along with a clip of the real Aretha singing are most welcome, particularly as many younger members of the audience may not realise what a giant of the gospel music world she was.