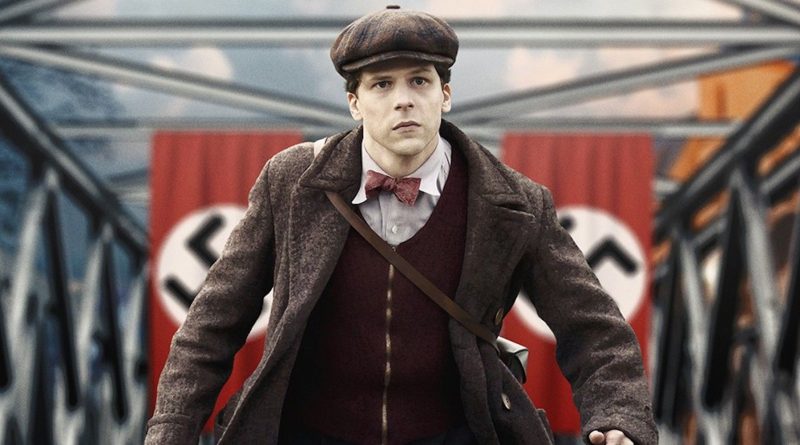 This is the extraordinary story of the young Marcel Marceau before he became the world-famous mime. Most of us have had no idea of the dramatic events which shaped the young man.

The film begins in Nuremberg in 1945 with Ed Harris as General George S. Patton extolling the virtues of a young Frenchman who undertook heroic deeds. Then we go back to 1938 Strasbourg France, where a young Elsbeth (Bella Ramsey) sees her parents shot by the Nazis. We also meet young Marcel (Jesse Eisenberg) who is performing in a small cabaret but also working in his father Charles’ Butcher’s.

Marcel is keen on Emma (Clemence Poesy) and by chance gets involved in her group pf scouts who are rescuing orphaned Jewish children. He helps one group, which young Elsbeth is part of. At one point he entertains them with his mime and leads them outside. Emma and her fellow members of the Resistance soon realise that Marcel has a special gift with forming relationships with the children. He also paints and does artwork, including being able to make new passports. He makes one for himself where he gives himself the new name of Marcel Marceau.

The entire population of Strasbourg is evacuated to the south of France. Marcel’s family have to leave everything behind, but they believe they will return. They never do. Although his father constantly tells his son that theatre performance is no way to make a living, Marcel finds out that Charles, himself, secretly wanted to sing. He understands when Marcel tells him that he is joining the French resistance.

We see Marcel with the children in Limoges in 1941. German troops occupy France. Marcel and his girlfriend take a group of children, including Elsbeth, across the alps to Switzerland. All the way through the terrible figure of Klaus Barbie (Matthias Schweighofer) looms behind Marcel and his group. Marcel personally helped over 100 orphans to escape during the war.

The story is itself really exciting and has the added interest of being about a famous person. The director, Jonathan Jakubowiez, manages to tell the audience what is going on in a simple, straightforward manner. Eisenberg gives a restrained performance but captures the essence of Marcel Marceau well, and Eisenberg can do mime well! The rest of the cast give good characterisations and it is fascinating to learn about the Mime’s early years. 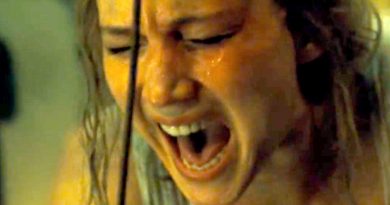 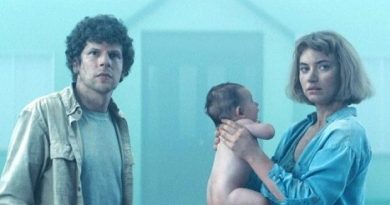 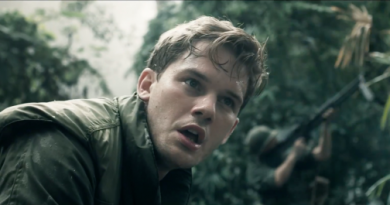