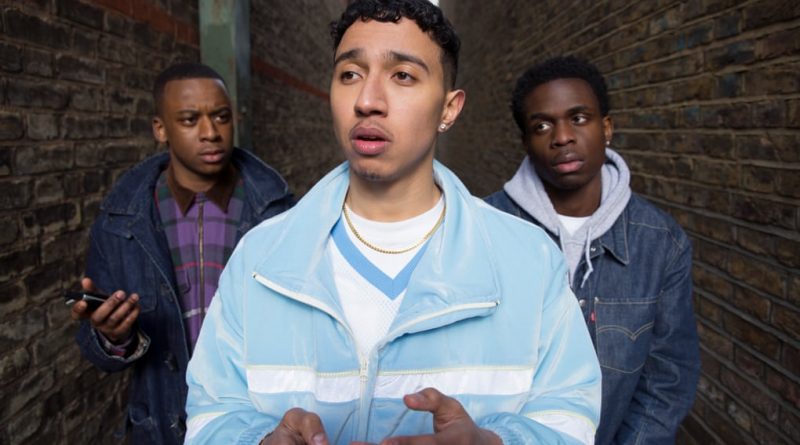 The pirates referred to in the title are I guess the central characters of the film.  Three boys, 18 years old, on the brink of adulthood and a new century.  The time is 21 years ago – nearly 22 now.   And it is Millennium night.

Cappo (Elliott Edusah), Two Tonne (Jordan Peters) and Kidda (Reda Elazouar) want to end the century with a bang at the hottest party in town and are driving round London on a mission to score some tickets.  There is also a girl involved – Sophie (Kassius Nelson), who is sort of Two Tonne’s girlfriend.   Cappo, the studious one of the three and manager of the pop group they have formed, also fancies her – but he doesn’t have a prayer.   He is also trying to tell his mates that he wants out from that pop group but is kind of scared to say it.

And that is about as much I can tell you of the plot.   Because there is a language spoken in London, a “yoof talk” version of English, which is largely incomprehensible to nearly everyone over forty.  Its roots appear to be in young, black culture but I’ve heard many white youngsters speak it too.  And that is the language of the film.  Director Reggie Yates would appear to have the same passion for linguistic authenticity as Ken Loach had in films such as Sweet Sixteen.  So in this case it is very much a film for the young.  Mum and Dad steer clear.

The film is well directed and moves at a good lick, and the young actors are all very engaging.   They also all have amazingly perfect teeth.  But as the only characters I could understand were the older ones, such as Kidda’s Turkish uncle (Youssef Kerkour), I was having to deduce the story purely from its visuals.

So highlights for me were a sequence where Kidda and Cappo steal clothes for the party from a posh store, which relies on mime for its comic effect and a delightful scene where the boys stop for something to eat at a Caribbean fast food restaurant run by a big, scary lady who doesn’t appear to value their custom.   I could hear every word she said – and she was very funny. 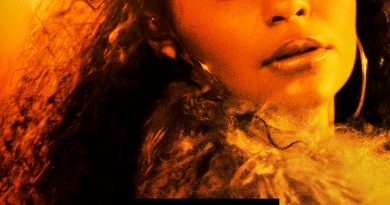 Turn The Volume Up, The Pirates Trailer Has Landed