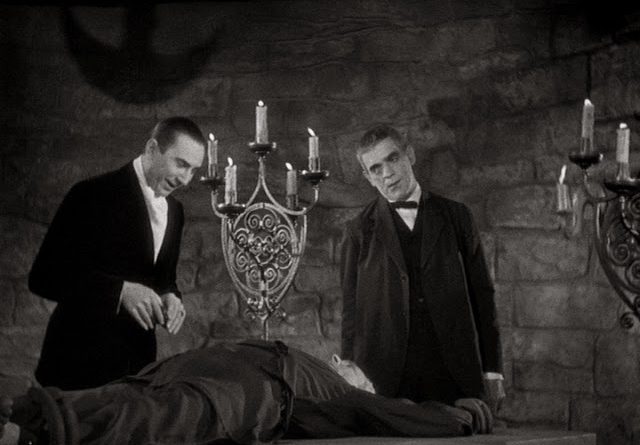 These three 1930s horror films from Universal Pictures are great vehicles for the creepy, leering Bela Lugosi, who spits out some wonderful camp-horror one liners. Just don’t expect too much from the Edgar Allan Poe association.

Boris Karloff puts in two riveting performances. In The Black Cat he plays a necrophile, Satanist modernist architect who ends up being flayed alive. Which is nice.

In The Raven, he is a murderer on the run whose plastic surgery goes wrong.

Both actors look like they are enjoying themselves immensely.

The films also showcase European-émigré-to-Hollywood talent behind the camera. In The Black Cat and Murders in the Rue Morgue, we have perfect examples of that unlikely grafting of Hollywood onto European Expressionism and modernism.

Brilliant German director/ cameraman Edgar G Ulmer (Detour, People on Sunday) conjures up some of the most memorable kitsch-modernist imagery in cinema in The Black Cat.

The stories are pretty bonkers.

The Black Cat sees a young married couple and psychiatrist Dr Vitus (Lugosi) seeking refuge from a storm in the massive Le Corbusier style pile, built on top of a war cemetery, owned by renowned architect Hjalmar Poelzig (Karloff). Poelzig is a high modernist Bluebeard who keeps perfectly preserved dead women in glass cases. Vitus is scared of black cats. It doesn’t end well for either.

The Raven actually includes the reading of passages from the Poe poem. Lugosi plays a plastic surgeon obsessed by the poem. He even has a stuffed raven in his study. He intentionally disfigures a murderer on the run (Karloff) so that he will kidnap a lady for him. Flawed logic at every turn!

All three film were considered strong stuff in their day, but as the accompanying essay points out, what we see on screen was already altered and passed by the US censor (not that that helped in the UK).

The brief glimpses of baroque sadism are still striking – strong testament to the talents of the set design, camera and lighting crew as much as the actors and writers.

All three films are full of iconic moments. Lugosi’s gurning smile and clipped purrs in close up, his halting delivery of kooky lines, the way that both he and Karloff seem to inhabit their own slowed-down space-time within the pace of the film.

The Black Cat has the most going for it, in terms of disquieting imagery. There’s the hall of dead women, the chiaroscuro flaying scene and the odd shot of the long shadow of the cat against a calibrated wall. Strange, proto-noir stuff indeed.

It is good to see these films again. However, it is a pity that The Black Cat, especially, doesn’t look sharper: the wonderful images look like they were meant to cut glass. The softer focus in Murders in the Rue Morgue makes this less of an issue and The Raven is presented from a 2K scan. 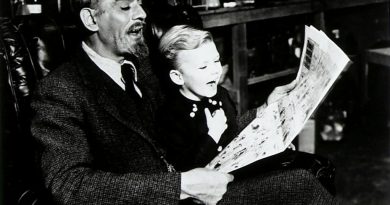