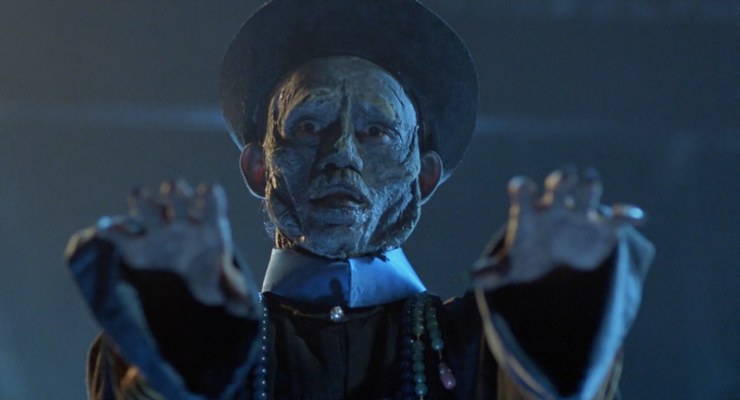 With honourable religious intentions, Master Kau (Lam) and his 2 students (Hui and Chin) exhume a merchant’s body for reburial. Unfortunately, the merchant has turned into a hopping vampire and goes on a rampage.

The trio must deploy written prayers and sticky rice and apply nail files to fangs to help protect the merchant’s granddaughter (Lee) from a growing army of the undead.

Our heroes also have to contend with a vampy female ghost who is looking for love and the followers of another master who has different ideas about the undead.

If you like your martial arts films, you’ll probably recognise HK stalwart Lam Ching-Ying, but it is Ricky Hui’s comic turn, bag-of-taters face and pudding bowl haircut that made the film for me.

Mr. Vampire is a winning mix of slapstick pratfalls, cultural idiosyncrasies (the hopping, the sticky rice) and East-West cultural differences.

The film looks grand in this 2K restoration. 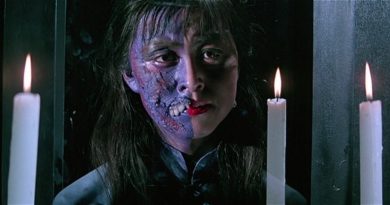