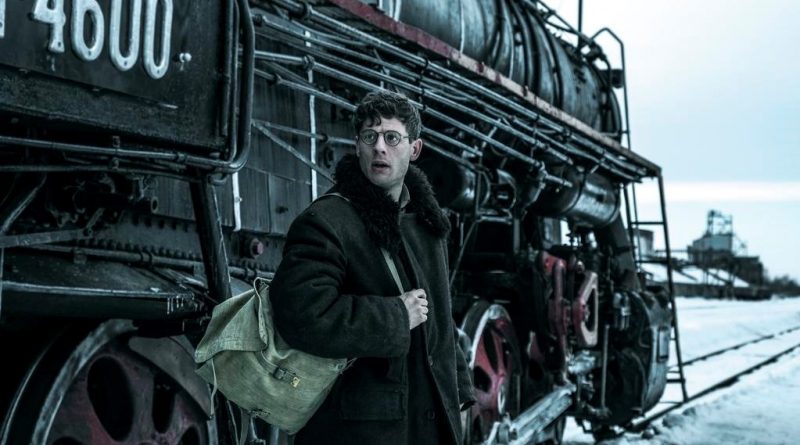 It is 1933.  Young Welsh journalist Gareth Jones (James Norton) is flushed with success over his first big scoop, that being his report on being the first foreign journalist to fly with and interview Hitler.  He is working as an advisor to Lloyd George while looking for his next big story. The success of Josef Stalin’s socialist utopia is the current hot news topic so Gareth decides to set off to Moscow and try for an interview with “Uncle Joe” himself.

The smug and comfy Western press corps there, led by Pulitzer prize winner Walter Duranty (Peter Sarsgaard) aren’t exactly supportive of Gareth’s purpose, apart from British journalist Ada Brooks (Vanessa Kirby) who alerts him to the fact that the Soviet paradise is being financed through the violent repression and starvation of the very workers it claims to glorify.  In pursuit of the story, Gareth travels to the Ukraine to find out the truth.

Norton gives a strong, sympathetic but very unflashy performance as the determined and courageous Mr. Jones and there is an appropriately slimy one from Sarsgaard, as the supposed star journalist, who accepts the Soviet censorship and assists in promoting the supposed glories of the regime and who later tries to discredit the truth of Gareth’s story in order to protect his own reputation.

Director Agnieszka Holland’s film gets off to a great start with that young upstart Jones being initially snubbed by the typically smug British establishment of the period and there’s a smart cameo performance from Kenneth Cranham as Lloyd George.

The atmosphere of Stalinist Russia and the iron hand of press censorship and control in Moscow that Gareth faces is effectively established but the meat of the story, to use an inappropriate metaphor, is when Jones cleverly shakes off his hard drinking, ostensibly bluff, official government minder and goes off on his own through the harsh, snow covered wasteland of the Ukraine.

Once he’s out there, the screen is effectively almost drained of colour and into black and white, while these sequences, where he confirms that Stalin is callously creating a genocidal famine in the Ukraine, particularly those involving the starving children, are appropriately horrifying and at one point stomach churning.

There’s also a black irony in the way we see the gaunt eyed workers hungrily watching the grain they have produced being loaded onto trains and sent off for export to finance Stalin’s grandiose plans while we perhaps remember those brightly coloured propaganda posters of the period showing happy workers bringing in the harvest.  A pity in a way that the director didn’t find a way of showing one of those.

Occasionally there are some apparent gaps in the narrative as we jump rather abruptly from one situation to another but nothing that spoils the power of the story.

The film suggests that it was Jones’s revelations that directly inspired George Orwell’s seminal work Animal Farm and even indicates a meeting between the two.  Not sure how historically accurate that last is though Orwell would certainly have been aware of Jones’s story.   And it does give a chance for Joseph Mawle to contribute an intimidatingly fierce and physically convincing performance as the writer. 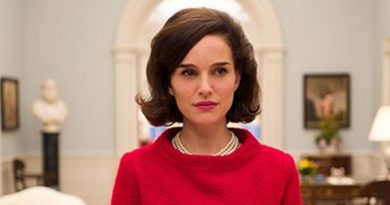