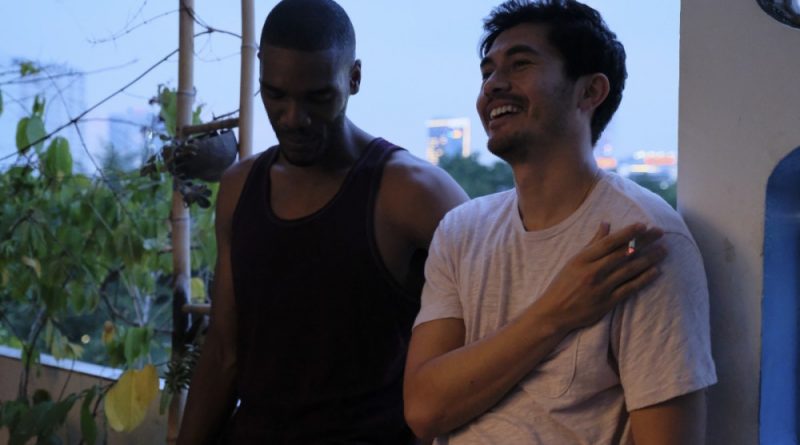 This film in many ways mirrors the director’s own experience, in that when Hong Khaou was a baby his Cambodian Chinese family fled from the Khmer rouge in Cambodia, initially to Saigon (now Ho Chi Minh City).  Then, when he was a small child the family fled again, this time to England with the so-called boat people.

The hero of his film Kim (Henry Golding) is a Vietnamese man raised in England, whose family fled the country when he was six years old.  Ostensibly he is in Vietnam to find a suitable place to scatter the ashes of his parents, who never returned to their homeland.  But it is also a deeply personal journey of faintly recalled memories and reconciliation with what is now Kim’s mixed heritage identity.

He visits his childhood home in the bustling market of Ho Chi Minh City with his cousin Lee (David Tan).  It is a somewhat awkward reunion.  Lee and his mother welcome their long lost relative but later Lee reveals his hurt as a small boy when Kim, his childhood playmate, just disappeared one day without warning. Kim also learns from Lee that the reason he was raised in England rather than somewhere warmer was because Kit’s mum was a fan of the British Queen.  Also poignantly for the first time he sees photos of himself and the family in his childhood.   All such photos that his parents had were deliberately destroyed before their escape to protect those left behind against reprisals.

Kim also links up with Lewis (Parker Sawyers), whom he has met on an online dating site, and who, as the son of an American Vietnam veteran of the war which shaped Kim’s life, turns out to have troubling issues of his own.   Sawyers incidentally has a startling resemblance to Barak Obama and in fact played the role of the former president in the film Southside With You.

Khaou establishes the bustling nature of today’s Ho Chi Minh City in his opening shot – an aerial view of the city centre, buzzing with motor scooters like a swarm of insects.   There is a glossy modernity about the city, which is at odds with Kim’s hazy memories and is epitomised in the contrast between the all mod cons hotel he books into and his former family home in a small apartment over the shabby, bustling street market of his childhood.

Kim then travels to Hanoi, where his father came from.  Here he meets Linh (Molly Harris), a very modern young Vietnamese woman, who nevertheless introduces him to the tradition of flower scented tea.  Here too in the north Khaou is more interested visually in the contrast between the contemporary city and the shabbiness of the area Kim’s parents came from, similar to their home in Saigon, resisting the temptation to show us Hanoi’s charming and often impressive French colonial architecture.  They are not part of his story.

Khaou’s first film was the charming and touching Lilting, a meeting of cultures story in which a young man seeks out and befriends the elderly mother of his recently deceased Chinese-Cambodian partner, who has no idea that her son was gay.   MonsoonT isn’t looking for the same emotional effect.   The film and Golding’s role in it is more remote and reflective in tone.   But the actor still quietly and effectively conveys the character’s inner life and conflict, and Golding, who brings his considerable personal charisma to the part, is definitely a star in the making.

Now in cinemas and on digital release 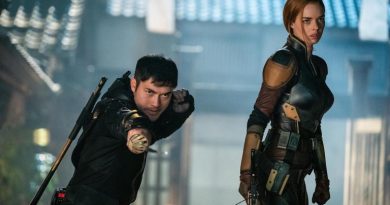