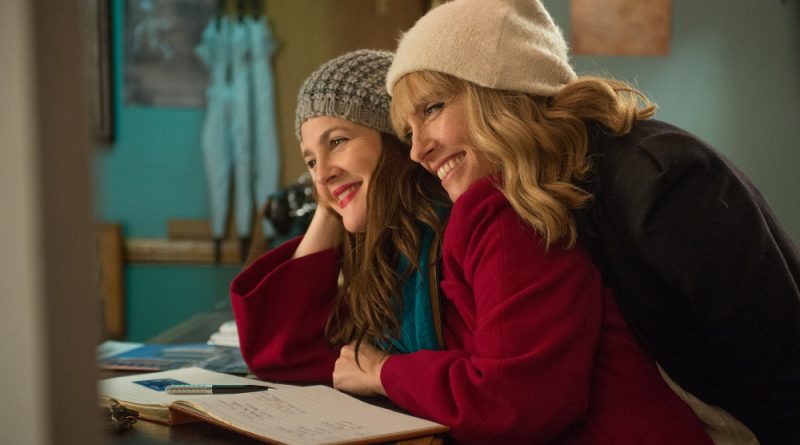 It’s a pity that word has gone out that this film is a woman’s weepy. OK the film focusses on terminal illness and is about friendship between two women, but it could equally have been about men and surely men are interested in women?

We see Milly (Toni Collette) and Jess (Drew Barrymore) becoming friends in early childhood and remaining close into their adult lives. Milly’s partner is Kit (Dominic Cooper), an artistic bloke, with whom she has two children while Jess has (Paddy Considine), a tough, reliable rig worker. They live on a barge.

All goes well with the two couples until Milly gets breast cancer which changes the life not just of Milly herself, but also her best friend – who just at this time is trying to get pregnant – as well as her children, mother and husband.

Although there were packs of tissues on the seats at the screening I went to, the film is, in fact, not sentimental.  There is good authentic dialogue by Morwenna Banks which is well delivered by the two actresses, Collette and Barrymore, who work really well together and the movie is directed with intrinsic realism by Catherine Hardwicke.

It is unusual to see the body of a woman who has had a mastectomy but this is shown in the film.  Unusual, too, is the depiction of vomiting and the other side effects of cancer treatment.  Generally we see the loss of hair as the major trauma, but here we not only see a very sick Milly who has difficulty, of course, with the loss of her hair, but also the effects of drugs which make her very sick.

Toni Collette portrays a woman who is trying to come to terms with her ravaged body and we see how she turns to sex to try to make her feel attractive again.  Drew Barrymore also brings truthfulness to her part when, as an adult she finds that she can’t have children, and when she finally gets pregnant, is uneasy about sharing her joy with her best friend for fear of upsetting her.

The acting is fine throughout.  The two male partners of the friends are sufficiently involved to come across as real people and there are nice little cameos from Jaqueline Bisset and Frances de la Tour.

This is not your usual someone-is-dying film, but a study of women’s friendship and the terrible toll of cancer.