Rather like a reverse ‘ET’, Midnight Special is predominantly a sci-fi film. But this excellent movie has something special to offer in that it shows us a parent who is willing to give up his child for the boy’s own good.

There is no slow build-up or backstory here: we are plunged straight into the story. Two men in a motel room with a child lying on a bed reading a comic. Who are these men? Have they kidnapped the boy? If so, he is very compliant and quite at ease with his captors. Actually one of the men, Roy (Michael Shannon) is the boy’s father and the other Lucas (Joel Edgerton) just wants to save the boy from a religious cult. The sect, led by Calvin (Sam Shephard), believes in numeric sequences and the special power of the boy, Alton (Jaeden Lieberher) who shows them.

In addition to the cult who are trying to re-capture Alton, who has been taken back by his father and Lucas, the FBI, under a specialist in unusual cults, Paul (Adam Driver) is also trying to find out where Alton is and discover what he has been communicating to the sect. We later meet Alton’s mother Sarah (Kirsten Dunst) who has to choose whether to support her husband and allow her son to go free or hang on to him.

Director, Jeff Nichols gives us a powerful, thrilling film. As blinding blue light fires from the child’s eyes, we are mesmerised not just by what we see but also by the secret quality of Alton’s special powers. Dealing with religion, the unknown elements of the universe and the whole issue of parental care, the film is intellectually as well as visually satisfying. Fine cinematography, under Adam Stone and evocative music by composer David Wingo help to create the very special natural and supernatural aspects of the film.

The movie is well served by its actors. We believe in Shannon’s caring father and Dunst understands her son’s needs. There are also carefully portrayed characters by Edgerton and Driver and particularly the young boy, Jaeden Lieberher. Ultimately ET wanted to “go home.” Alton wants to leave:

“I belong in another world,” he says, “There are people there. They watch us.”

What happens? This excellently written directed and acted film will provide you with the answers. 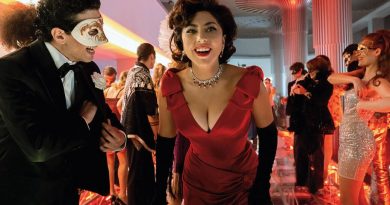