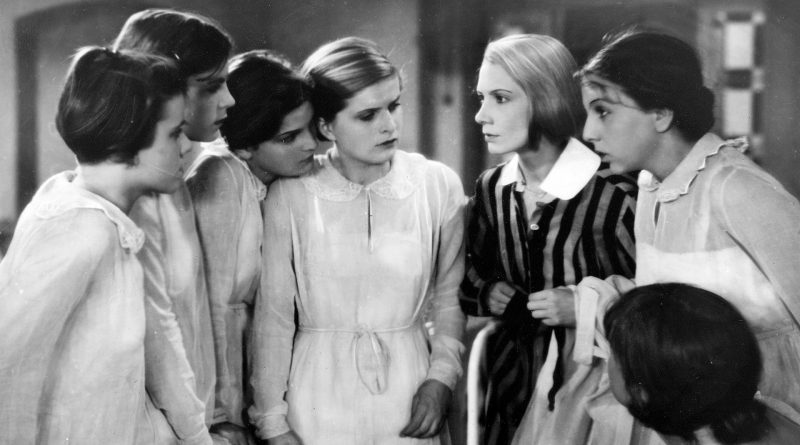 This pioneering work of queer cinema tells the emotionally powerful story of a young teenager traumatised by life in a boarding school.

After the death of her mother, sensitive Manuela (Hertha Thiele) is sent off to a strict Prussian boarding school, run by the formidable authoritarian Principal (Emilia Unda).

The good news is that Manuela’s dormitory is overseen by a sympathetic teacher, Fräulein von Bernburg (Dorothea Wieck), who kisses all her girls goodnight.

Von Bernburg comes to fulfil an emotional need for Manuela. But when Manuela’s fondness for her teacher turns into a romantic attachment, it threatens to destroy the careful balance of power at the school, between the authoritarian Principal and her more liberal staff.

There are plenty of visually striking scenes of boarding school life in dormitory, bathroom, makeshift theatre and grand institutional stairwell.

But it’s the quiet, intimate scenes between Manuela and von Bernburg that have true emotional power.

Thiele is great as the needy, emotional teenager (playing 14 when herself 22). Ditto Wieck as the flame-eyed teacher whose formal reserve melts to reveal a warm heart. Unda plays the authoritarian Principal with some nuance, even when saying things like “Through discipline and hunger we will become great.”

The BFI brings this internationally acclaimed lesbian love story to the UK in high definition and on Blu-ray for the first time, with a host of extras:

Mädchen in Uniform is out on Blu-ray, DVD, iTunes and Amazon Prime on 8 March 2021.