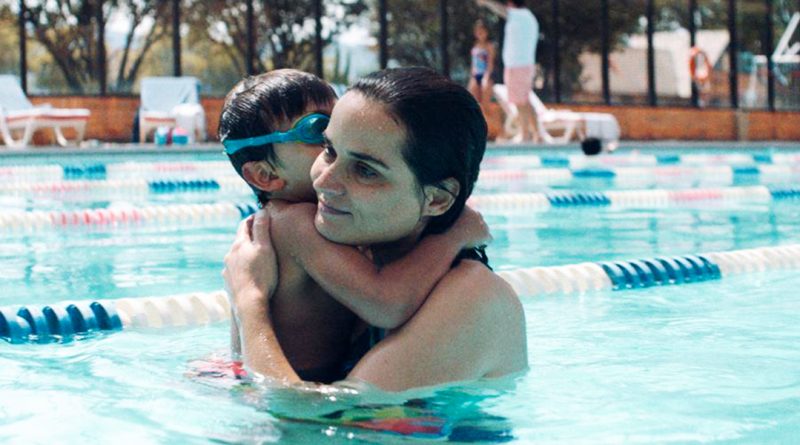 Although Litigante has a wider story, the main thrust of this Columbian film, set in Bogata, deals with the relationship between a mother and daughter.

Silvia (Carolina Sani) is a lawyer in the public sector. She finds herself caught up in a public scandal, which, although not of her making, is perceived as a party to a joint enterprise with her boss. At home she has all the worries of a single parent looking after her 5-year-old son, Antonio (Antonio Martinez). Silvia must also contend with a most cantankerous mother, Leticia (Leticia Gomez), who is also a lawyer.

When the family find out that Leticia has lung cancer and needs treatment, it falls mainly on Silvia to make her mother undertake hospital visits and have treatment. She also has to cope with the pain of seeing her mother suffer. But Leticia never stops upbraiding her daughter about working in the public sector. She is also most disparaging about Silvia’s new boyfriend, Abel (Vladimir Duran), who Silvia met when he interviewed her about the legal scandal. At first against him, Silvia quickly falls for his charm and they end up in bed.

The only easy-going relationship the Leticia has is with her other daughter, Majo (Alejandra Sarria), who quietly gets on with helping her sister and her mother. Continuing to smoke (in spite of having lung cancer). and argue until the end, Leticia, in a fine performance by Leticia Gomez, battles on till she can no longer speak. Equally argumentative is Carolina Sani as her daughter. But we know that she will be bereft when her mother finally dies. Director Franco Lilli extracts a charming performance from little Antonio Martinez as the son of Silvia. He wants to know who his father is, but Silvia who has chosen to have him alone, will not tell him

This mainly mother and daughter conflict comes across as so realistic that it is almost like a documentary. The film is highly recommended.