Dir. Tom Vaughan, US, 2014, 99 mins
Cast:  Pierce Brosnan, Salma Hayek, Jessica Alba, Malcolm McDowell
Although wrapped in a sort of romantic comedy package, this is really a story about men and family, most particularly the relationship between father and son.

Unmarried and middle aged Cambridge poetry professor Richard (Brosnan) is a philanderer, who has modelled his life on the poet Byron and more particularly on his father Gordon (McDowell), also a poetry professor and philanderer, whom his son can never please.  But when Richard has an affair with one of his students, the beautiful and much younger American Kate (Alba) and Kate becomes pregnant, they get married, he joins her in their lotus eating life in Los Angeles and becomes a loving and devoted father to his son Jake (Duncan Joiner).  After three years though the marriage falls apart, when Kate falls in love with a man nearer to her own age and Richard has a battle on his hands to avoid deportation and separation from his beloved son.  Things are further complicated when he falls for Kate’s older half sister Olivia (Hayek).

What makes the story particularly interesting is its English attitude to the American way of life.  The film, whose writer and director are British, was originally called “How to Make Love Like an Englishman”.  Director Vaughan, a Scot, whose first feature film was the delightful “Starter for 10” about young people taking part in “University Challenge”, is married to an American and had been living and working in America for several years when he made the film.  The same applies to English born writer Matthew Newman, while actors Brosnan (who is of course an Irishman but playing English here) and McDowell are also now immigrant California residents.  Their two characters are mouthpieces for the writer’s ambivalent attitude to his adopted country.  Richard’s caustic comments on America’s puritanism, when he finds himself forced to join an alcoholics group after a drink driving incident and his contemptuous attitude to his adoptive country’s bureaucracy and the unenthusiastic students he finds himself teaching in a community college conflicts with his enjoyment of the sheer beauty of the landscape and the comfortable lifestyle he enjoys.  While the curmudgeonly and ever critical Gordon, when he comes on a visit, describes the place as paradise.

Brosnan, now in his early sixties and sporting grey stubble throughout, still has the charm and charisma to keep us onside with often reprehensible Richard.  Hayek is lively as Olivia, though her over excited speech and Mexican accent sometimes make it difficult to follow what she is saying and Alba, once the opening scenes are done with, doesn’t have a lot to do apart from look gorgeous.  Joiner as Jake is charmingly cute and bright rather than being the irritating brat children often are in American films.  Perhaps it helps that his father is teaching him to swear with an English accent.   While McDowell proves yet again what a fine actor he is – selfish and insensitive though the character is, you have to warm to his blunt opening line: “You still boffing that yank tottie, are you?”

The sardonic and challenging Englishness of the writing however must have been bewildering and even offensive to the North American audience, who were possibly expecting another Richard Curtis style rom com but set in America.  I gather the film went down there like a lead balloon.  It will be interesting to see if this view of the culture through English eyes works for the UK.  It is certainly the first time in an American film that I have heard the main character endorsing the inevitable mantra of family values without making me want to throw up into my neighbour’s popcorn. 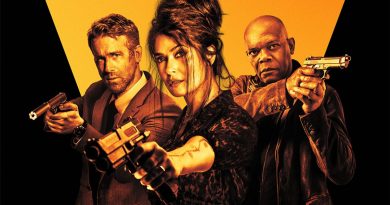