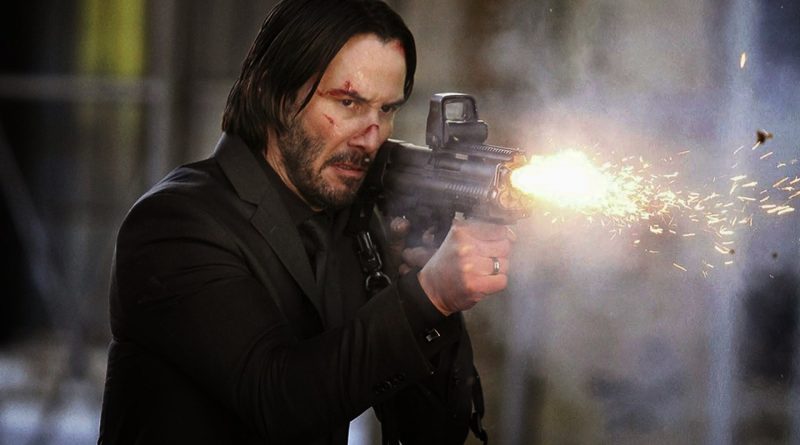 John Wick (Keanu Reeves) is a retired hit man who has left his violent past behind to be with his wife (Bridget Moynahan). When she dies tragically, he is left a broken man, with only a puppy from his late wife as company. However, when criminal Iosef Tarasov (Alfie Allen) ambushes Wick, kills the puppy and steals his car, the former assassin returns to his roots and seeks revenge. Wick ends up fighting a one-man war against an organisation run by crime boss Viggo Tarasov (Michael Nyqvist), father to Iosef.

John Wick has taken its structure, situation and characters from the John Boorman film Point Blank starring Lee Marvin: there’s even an update of the club scene from Boorman’s classic, with Keanu Reeves framed by a digitally animated display, recalling Marvin surrounded by psychedelic club imagery. The difference is that there was a hint of something deep and meaningful simmering beneath Marvin’s steely exterior, which is missing in Reeve’s portrayal of Wick.

Reeves can effortlessly pull off the action, of course, as The Matrix trilogy proved, and his commitment to the physicality in the shootout and fight sequences in John Wick is once again impressive. The problem is that Reeves isn’t convincing as a cold-blooded killer. He has a lighter touch and a more lithe screen presence, as Speed and The Matrix showed. He just doesn’t feel like a brutal tough guy haunting the shadows.

Liam Neeson suggests more feeling and torment in action films like Unknown and Non-Stop, while Jason Statham can combine bone crunching violence and old-fashioned chivalry with greater ease, as The Transporter and The Expendables show. In fact, the Statham film Safe came to mind while watching John Wick, the former being an underrated film that put unique spins on its car chases and fights, whilst having a heart and featuring a more convincing redemptive character arc for its loner protagonist.

There are some surprisingly subdued performances and underused actors in John Wick, such as Willem Defoe and John Leguizamo, while others like Ian McShane and Michael Nyqvist have some fun moments. Adrianne Palicki as ice-cold assassin Perkins may be the standout, though. She brings a lethal impishness and cruel determination to her role that hints at a less clichéd, more complex character arc than Wick’s standard movie revenge quest.

While John Wick is technically accomplished, it feels like everything has been polished for maximum narrative efficiency. Brevity of action and story is welcome in an era of blockbusters that are overblown both in content and runtime. However, bar some slick set pieces and quirky character beats, the action and plot here are rote. The film is impeccably shot and edited, but there’s no pulse: Wick’s desire for revenge is seen but not felt.

With many action films having no sense of geography and confusing fast, incomprehensible edits with creating excitement and suspense, it seems strange to criticise John Wick for being so well constructed. Every punch and shot clearly shown and choreographed to precision, and each character hits their marks precisely. While the action in John Wick is impressive on a surface level, it often feels as heartless and ruthlessly efficient as one of the film’s stone-cold assassins.