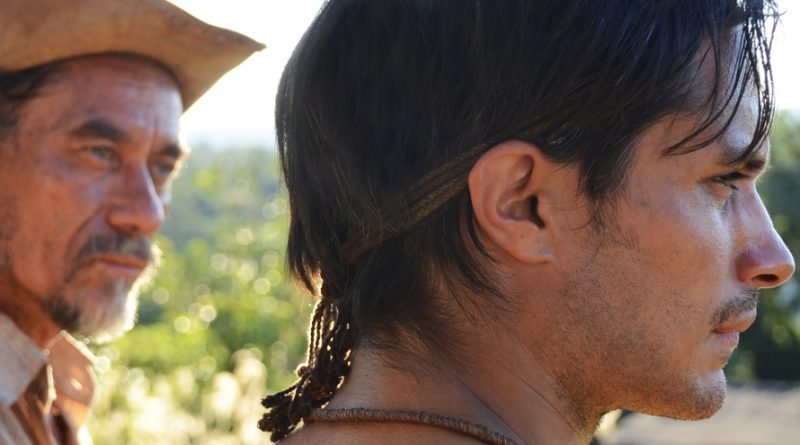 Imagine a Western in a rainforest. Now imagine a film whose principle character is that very same rainforest. In Fendrik’s The Burning (also known as El Ardor) he manages to combine these two somewhat incompatible aspects to create a quasi-mystical supernatural twist on a popular genre; the Western. The picturesque shots of a vast Argentinian rainforest (somewhere near Panama) in all its vast and vivid intensity is housed beautifully on-screen as the film’s leads Kai (Gael García Bernal) and Vania (Alice Braga) attempt to evade capture and go to war against the band of men, lead by the seemingly reasonable but cold-hearted Tarquinho (Claudio Tolcachir), after they torment and killed Braga’s tobacco farmer father Joao (Chico Diaz), and kidnapped her.

Throughout the film its lack of dialog is startling, as the cast seems only present in order to project a silent emotional intensity that they accomplish with conviction. Perhaps in this way Fendrik’s small cast is the best solution to a film with high socio-political ambitions. With Bernal as executive producer also, the films title references the aggressive agricultural technique named ‘Slash-and-Burn’ (in which existing vegetation is cut down and burned before sowing new seeds, typically used as a method for cleaning large areas of forest land) that can be seen in the films opening. In this way, The Burning can be seen as a nod to environmental activists but also as a comment on what is lost/impacted as a result; both Kai and the films omnipresent tiger representing outsiders on their own turf, being slowly ejected by ruthless land-grabbing agriculturalists.

Ultimately, the attraction to Fendrik’s film is the ambiguity of Kai’s character that remains unnamed throughout (but is credited as Kai in the closing credits). Essentially, the opening onscreen prologue tells the story of natives in the jungle called ‘Beings’ that can be summoned from the river to protect the rainforests inhabitants in a time of crisis. As it is presumed, Kai represents one of these magical beings and the film offers few other viewpoints throughout the first half of the films action as his ambiguity is underlined throughout. Perhaps then, the films single downfall is that Kai reveals himself to be more man than superhuman conjured to protect the jungle, much like the tiger within the film. From this view, it would have been better to push the assumptions surrounding the films mythical elements further in order to fully realise the opening statement.

Essentially, The Burning comes off as a slow-building ‘machete Western’ set in a rainforest somewhere south of the equator; the dense jungle backdrop creates a highly claustrophobic atmosphere throughout the film as the revenge tale unfolds in dramatic fashion. Most shots remain cluttered and tight, with close-ups dominating the film cinematography as the film slowly unravels itself, Julian Apezteguia’s cinematography working well with the unusual setting. Again here, the music is imperative in building tension, but the pay off is less than hair-raising. Here it can be argued that the soundtrack picks up most of the weight that is lacking from the films action and/or narrative as the film somewhat squanders much of its potential.

As you begin to realise that the setting is the films principal character, you start to appreciate the true achievement of Fendrik’s film; that it really owns its unusual premise. Rituals and tradition permeate the storyline as the audience are made to continually question the narrative direction, nothing being described in the films largely dialogue-free script. The Burning is quiet to say the least, the film choosing to rely almost entirely on sound as a tension building technique as the thumping, rip-roaring, pitch-perfect score by Sebastián Escofet works tirelessly to bolster dramatic artifice throughout, pulling the music in-and-out to create surreal undertones to a largely abstract film.

Then, as Fendrik teases the audiences into multiple plot threads, the inevitable final showdown picks up some of the films initial imagination and creativity. As the screen becomes shrouded in smoke, it should not be denied that Fendrik handles the films climax with confidence and expertise as the pair engage in a cat-and-mouse game to the death, with the gang’s ringleader getting his comeuppance in a true homage to the Western.

Essentially, Fendrik’s film is disquietingly minimalist in many of the right ways – in which blood, death and loss are a natural part of life. 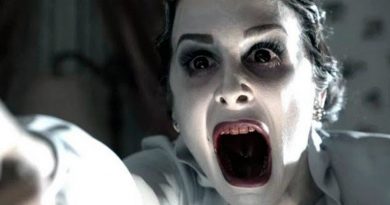 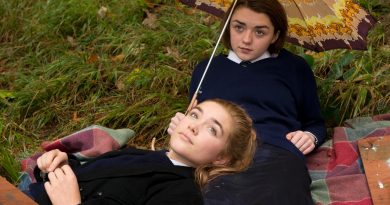