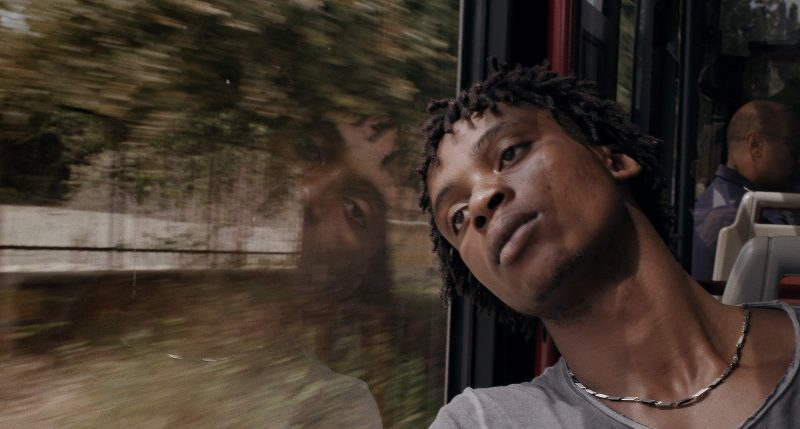 In different parts of the island of Sicily, two young men, both social outcasts lead their separate lives. The two remain separate and their lives are seen individually until the very end. They are both from low socio-economic backgrounds and both are somewhat isolated, with no close relationships.

The first is the boy, Oscar, who lives with his father and brother and works with them looking through junk to try and find scrap metal to sell. But Osar’s father constantly berates him and he and his brother share a silence when their mother, who left the family, is discussed.

Stanley, a Nigerian immigrant, begins with a close friend, Blessed, who lives with him. But while Stanley has a two-year visa to stay and work, Blessed is still waiting for his to be approved. When he is refused, he suddenly just disappears, and Stanley is alone. He cleans a church and is given food in return.

Both young men are poor and their lives are mainly composed of work. Occasionally we get a glimpse of a fun time such as Oscar cycling with his brother. And Stanley cooking a Nigerian meal for his friend and speaking of his early life.

It is amazing that this is a documentary about real people who play – an admittedly doctored – versions of themselves. Oscar’s father is a particularly nasty character. He says horrible things to his two sons and constantly calls Oscar stupid and a waste of space. When he tells the boys that their mother, who left the family, would have returned, “if she had loved you,” the boys’ faces express their pain.

Beautifully photographed, director Michele Pennetta, has managed to get moving and seemingly realistic performances from his non-actors.

• Il Mio Corpo was released in December in cinemas, which later closed. It can now be found on Curzon Home Cinema.