Gunning for glory and one man’s true story of an avant-garde crusade for equality; McConaughey inhabits the historical Newton Knight completely.

This project became a labour of near obsession for director Gary Ross (Big, Seabiscuit, The Hunger Games). Extensive historical research at the alter of Eric Foner, a Columbia University professor and Civil War reconstruction expert, is largely responsible for the engaging success of the McConaughey-led epic true story of Newton Knight in Free State of Jones. As part of an article about the film and its historical roots, Ross told Smithsonian.com: “It was such a heady experience to learn for learning’s sake, for the first time, rather than to generate a screenplay. I’m still reading history books all the time. I tell people this movie is my academic midlife crisis.” Of course, the film focuses on certain events and creates a narrative spin of its own, but it’s the faithful attention to detail in retelling Knight’s story and of the times in which he lived that make this a fascinating watch.

Newton Knight (McConaughey) begins life in the thick of Civil War action in the 7th Mississippi battalion of the Confederacy as “just a nurse” according to an army colleague. He is shown to save people even if it means bending the truth to get them treated. He is also already discussing the injustice of effectively fighting for the rich white cotton-farmers of the South. Therefore when a young conscripted male relative arrives at his camp terrified and telling tales of his farm being stripped for the army, it’s a reason for Knight to desert. Despite his best efforts to keep the boy out of the line of fire, young Daniel dies. Returning the body to the mother, Knight is reunited with his wife and child. When he’s told Daniel died with honour, Knight tiredly rebukes “no, he just died” in a preaching philosophical manner which becomes increasingly prevalent as he grows into a freedom fighter, leading his own army dubbed ‘Knight’s Negroes’.

McConaughey is a force of nature in the portrayal of someone who is for some, an American liberal hero. He’s a Messianic figure that is part Robin Hood, part Martin Luther-King, the unkempt beard and gaunt frame really do give him the look of Jesus. Knight is arguably unbelievably righteous, too squeaky clean and seemingly an expert on everything from blacksmithing to advanced military tactics. Anyone who saw ‘True Detective‘ will know the power of the Texan’s intoxicating drawling ability to sound omniscient and profound. It’s hard not to like a man who fights for the poor, for equality and a person’s right to “reap what they sew”. Anecdotal history backs up the view of the film to the extent that when he retired, he self-sufficiently worked his farm until he died.

Countering this ever-present, dominant figure is Mbatha-Raw (Belle, Beyond The Lights) as a house negro who nurses Knight’s sick child and helps him hide from the forces tracking down deserters. She appears sparingly and does a good job of creating the chemistry that ultimately leads to the question of whether they had a child together. This delicate question has racial implications for a Knight descendent in 1948, accused of illegally marrying a white woman in Mississippi. Davis Knight is played by Brian Lee Franklin, who maintains he is a white man. Infrequently the film cuts between Davis’ court case and flashpoints where evidence overlaps with Newton’s actions. It’s an interesting and jarring change, or seeming lack of consequential change borne out of the 1860s.

This insertion of a second timeline may go back to Ross’s desire to explore the full repercussions of this area of history. Despite over two hours of watching Knight struggle, what had really changed by 1948? Contemporary Jones County still has bitter divides stemming from Knight. Where you think it might unite people under sharing a history with such a progressive thinker, some still demonise him.

Interestingly, as the final image of the film shows, McConnaughey shares a resemblance with the picture of Newton Knight on the screen. The slow focus on the penetrating, determined eyes and crooked nose is compelling physiological evidence. Add to this oily, streaky hair and a fuzzy, thin beard and you could almost believe it was him, as indeed you can in the piece itself. 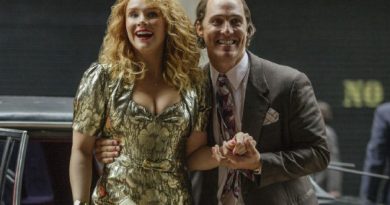 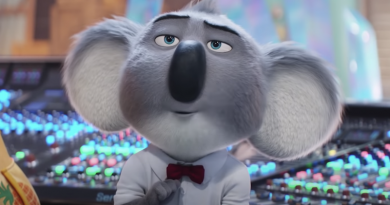