The storyline of this unique vintage MGM picture is more operatic than anything else.

Although she loves strong man Hercules (Henry Victor) travelling circus trapeze artiste Cleopatra (Olga Baclanova) agrees to marry midget Harry Earles who is infatuated with her, planning to poison him for his money. But Earles’ fellow “disabled actors and performers” (to quote the contemporary storyline) plan to avenge her perfidy, with truly horrifying results…

It took five months and six writers to come up with the screenplay that director Tod Browning was happy with. However, after terrible initial test screenings, MGM cut the film’s length from 90 minutes to just over an hour.

Today, with Political Correctness as an established way of life, Browning’s landmark 1932 shocker would probably never have been released without a title change.

Indeed, it was instantly banned by the British censor and not released in the United Kingdom until mid-1963 where, awarded an ‘X’ certificate, CEA Film Report greeted it with “… this macabre story exploits various physical deformities and is peopled mainly by actual freaks (sic) whom many audiences would find repellent”, adding: “As popular entertainment the picture is doubtful, particularly as it shows its age in its obsolete technique, ramshackle vague theme, jerky direction and much wooden acting”.

Seeing it again today (even in this sadly truncated form), I could not help but be impressed once more with Browning’s extraordinary bravery in making Freaks. It must have been obvious to him that contemporary audiences would react adversely to both subject and treatment.

Despite its obvious age and its somewhat strange 12A certificate, it is still hard to watch. While it is madly melodramatic by today’s acting standards its core message still thrills, chills and coldly plays with your emotions in equal measure.

While Browning treats his “collection of disabled actors” with respect, the essentially overwrought storyline robs the film of genuine reality. And the (by today’s standards particularly) often-embarrassing over-acting of the stars robs the film of credibility and replaces it with still startling shock values, notably the climax.

Although Browning had become famous for making Dracula with Bela Lugosi in 1931, slavery to auteurism had yet to infect film reviewing. Auteur status, in particular, would have to wait until the French dreamed it up. As a result Freaks flopped.

Studios-loving Variety tried to have its cake and throw it away too, writing at the time of its release: “Freaks is sumptuously produced, admirably directed, and no cost was spared. But Metro failed to realize that even with a different sort of offering the story still is important. Here it is not sufficiently strong to get and hold the interest, partly because interest cannot easily be gained for a too fantastic romance”.

Not for the first, or last time, the reviewers were wrong. Hopefully, that shouldn’t happen too often again – at least not for the work of proven, vintage moviemakers. 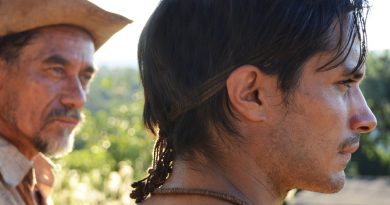 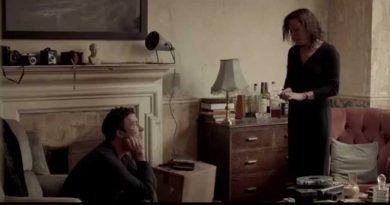