This is a Baz Luhrmann film, so it is predictably glittering, flashy, fast moving from one image to another and very much big screen.

The core of the movie is the exploitative relationship between former fairground barker Colonel Tom Parker (Tom Hanks) and his protégé/money box Elvis Presley (Austin Butler).

For both characters the opening scenes are in many ways the most enlightening.  We first meet the elderly Colonel Tom (both name and rank were not really his) recovering from a heart attack in hospital and looking back on the story.  Both in this and in scenes of the corpulent, middle aged Parker in his early relationship with Elvis, Hanks is almost unrecognisable.

They are also some of his best scenes, as this man on the make spots his prey’s money making potential and stalks him like a fox after the chicken.  Another most enlightening sequence goes into young Elvis’s relationship with the black music culture of the Memphis neighbourhood where he was raised – the blues and the gospel.  And in the scene where Parker first sees Elvis performing on stage with the camera lingering almost lecherously up and down his gyrating legs clad in bright pink trousers, reflecting the effect he is having on the women in the audience, you can almost see the dollar signs in Parker’s eyes.

And so the story proceeds ever upwards, more money, more fame, ultimately more stress.  Butler, a new face to UK audiences, is a sweet and sexy Elvis.  He’s better looking than the real life “king”, though the false eyelashes he is lumbered with are a bit over the top.  But his performance is emotionally convincing and he reproduces the famous onstage movements of the singer to perfection.

There’s also an appealing performance from Olivia DeJonge as Priscilla and some great numbers from some of the black artists we meet along the way, including an amazing impersonation of Little Richard by Alton Mason.

The film covers most if not all of Elvis’s greatest hits, some of them so briefly you might miss them.  There seems to be some pandering though to modern sensitivities in the handling of the story.   Was Elvis really such an overt supporter of black rights as the film implies?

Also in the final scenes of Elvis’s long servitude in Las Vegas, when Parker had tied him into contracts there and refused to let him tour abroad, while faithful to the glittering costumes and Elvis’s famous act, there is not a trace of fat on the beautiful Mr Butler’s body – whereas the real Elvis, who we see briefly at the very end of the film, had become distinctly portly to put it kindly.   Apart from a touching scene towards the end between Elvis and his estranged wife with regard to their small daughter, details of the singer’s tragic end – the eating binges, resultant obesity and early death from a heart attack at the age of 42 are totally ignored. 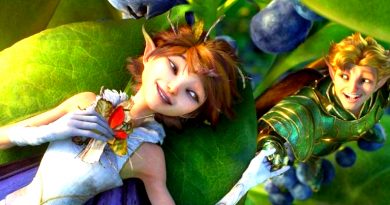