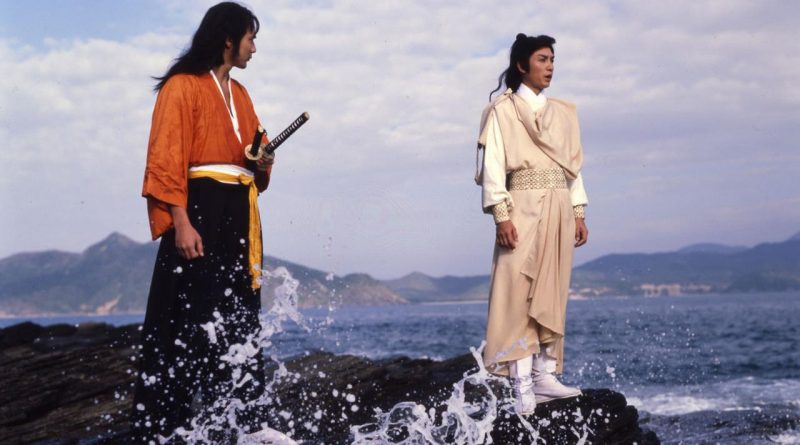 With snappy storytelling, great swordfight sound effects and loads of battling ninjas, this Chinese swordplay movie deserves all the acclaim it gets.

In Ming Dynasty China (sometime in the West’s 16th century), martial arts are international political plays by other means. Every 10 years, the finest Chinese swordsman fights the finest Japanese swordsman – for pure prestige.

Samurai Hashimoto (Chui) is fanatical in his drive to win; ex-Shaolin monk Bo Ching-win (Lau) takes a more philosophical approach. As the date for the duel approaches, both fighters realise that there are groups attempting to sabotage the noble fight, to further their own political agendas.

Duel to the Death is an archetypal swordplay movie, ably directed by the choreographer behind the noughties hits Hero, House of Flying Daggers and Curse of the Golden Flower.

Firstly, Duel to the Death zips along at exactly the right pace and no scene overstays its welcome. The story’s intricacies develop at just the right pace too. This is a major achievement when you consider the stodginess of most martial arts films, which use, for example, long, fixed shots and drawn-out dialogue and scenes. Indeed, that stodginess is one of the things that fans love about the genre. But that’s a love that has learned to accommodate “boring”.

Second, there are those lovely metal-on-metal swordfight sounds, which I don’t remember being this scintillating in any other wuxia movie.

And then there are all those ninjas: flying through the air on wires and kites and exploding from sand and earth. What great villains ninjas make!

Finally, there’s a refreshing fatalistic tone to the whole film: heroism is portrayed as ultimately pretty pointless – especially as it is bound to be exploited to political ends – but that doesn’t mean that the codes of toxic masculinity can be ignored.