Blind is a bit of a brain tap, funny, sexually explicit and dark. Having won 11 awards including the Screenwriting Award at the Sundance Film Festival it’s definitely one to try outside of your comfort zone.

When Ingrid (Petersen) goes blind suddenly, she becomes a different person. She withdraws from her husband Morten (Rafaelsen), the world and reality. She no longer has the will to integrate, putting strain on her marriage; and her alcohol consumption is growing out of control. She takes refuge in her fiction writing where she can paint a picture of a world, with characters and faces she puts together.

Ingrid is compulsively sexually motivated, but her impulses and imagination appear to have one main mode of release, which her husband does not seem aware of. Not being able to see the reactions of her husband pre or post-coitus, sparks endless curiosity and paranoia regarding his satisfaction. Ingrid uses her paranoia and writes, creates stories and breathes life into her fictional characters, including a version of Morten as her lead.

Morten, her husband, is a loving, doting, keep-fit husband who longs for children and a happy wife – not too much to ask for, right? Amongst her fictional characters she creates Elin (Vitali), a woman sought after by an insecure sex addict Einar (Kolbenstvedt). Their ‘will they won’t they’ back and forth, each with their own afflictions, proves an entertaining thread for Ingrid. Elin is extremely lonely as a single mum and well, if the law got hold of Einar’s’s laptop he may have a hiatus in the big house for a while.

All sorts of insecurities can come from not knowing what a person is thinking or feeling. These are emotional insecurities us lucky sighted people can cope with; but Ingrid distinguish a smile from a smirk or a snarl. She trusts that her husband still loves her, but wonders when this will run out and an easy lust will win over it.

The plot of Blind is intricate and imaginative. Dream sequences and real life are shot the same way, but the thread of the story keeps you on top of it all, with the two love stories providing a string of continuity. Under director Eskil Vogt’s eye, each character embodies their characteristics. Morten is loving and kind, as is his physiology, tall and protective with soft features. Ingrid is often cold and unsympathetic. Einar is overweight and less of a male cover-model, which didn’t help his low self-esteem; Elin is tall and pretty, good reasons for her being coveted; even by Morten as part of Ingrid’s faux story.

A small cast of characters keeps the movie very intimate. There are scenes with Ingrid and Morten together, more often than not showing them being a normal couple, laughing and joking.

It is very white, the home the live in. There is a lot of light, it is shot in a room with light streaming through daily. Against Ingrid’s Aryan complexion, the light is a constant juxtaposition to the blackness she herself sees.

They say everyone has a novel inside them, it just so happens Ingrid found her words through a congenital blinding disease. She brought her new world to light with characters, plots and schemes. Blind is definitely thought provoking – as clichéd as that may sound – because it makes you think about what you do have. Would bitterness eat you up, would you adjust or would you forever be a mess, if you went blind?

Blind is a Norwegian drama, a film about a disease, trust and marriage. Adjustment periods are a funny thing, there is no time limit on the time it takes to get over an affliction, whether you’re the sufferer or the sufferer’s loved one. How patient are you? 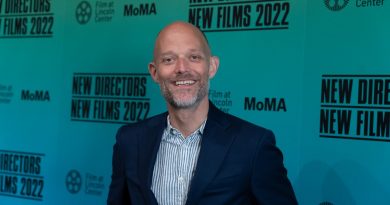 Eskil Vogt Chats About The Innocents 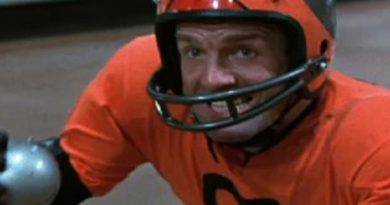