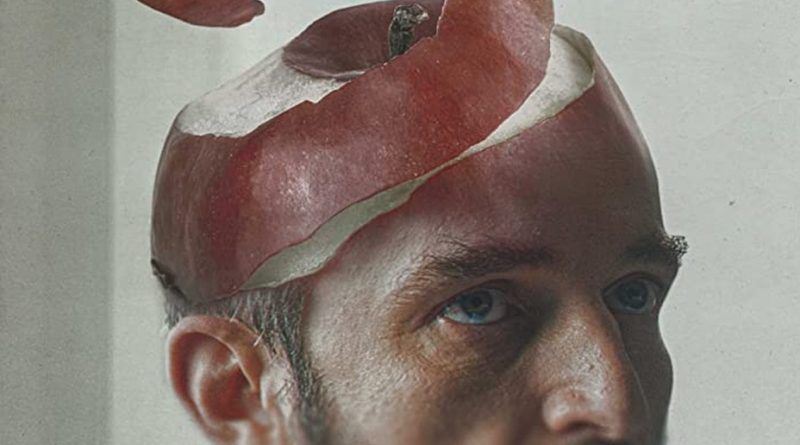 This first feature film from Greek director Christos Nikou is about memory and how important our memories are to who we are, our essential humanity.

It is set in an imaginary near past, where social media and mobile phones, which make our memories a commodity for data collection, have not been invented, although the polaroid camera and cassette tape recorder have.  Oddly much of the popular music is from a much earlier era – Sealed with a Kiss 1962, Let’s Twist Again 1961–  and is older than its middle aged leading character.  To add to the sense of an undatable past, the film is shot in the old fashioned, smaller screen 4:3 aspect ratio.  But although Apples was made before the corona virus struck, its instigating plot device is a mysterious pandemic of something – a virus or what? – which is causing sudden and inexplicable amnesia.

One of the victims is Aris (Aris Servetalis).   We first meet him in his neglected looking apartment.  Very soon after he is found asleep on a bus at the end of its route.  When questioned by the driver, he can’t remember who he is, where he was travelling to and he has no identification on him.  He is taken to a hospital, where unidentified amnesiacs are being given refuge.  Most of them are soon claimed by worried relatives, but those who remain unclaimed are put into an experimental scheme by the scientists, giving them the opportunity to create a new identity with a new set of memories.

Aris is rehoused in a sparsely furnished apartment and supplied with clothes, money, a cassette player and a polaroid camera.  He will be given a series of tasks by the Disturbed Memory doctors via cassette tapes, which will be left in the apartment block’s letter box.  He is to record these tasks on the polaroid camera and put the photos into a memory album.  They vary in complexity from riding a bicycle to high diving into a swimming pool and more exotically and sometimes comically attending a protest demo in fancy dress and hiring a lap dancer.

One day Aris meets another amnesiac patient, Anna (Sofia Georgovasili), who is one or two steps ahead of him in the scheme and who asks him to share some of her activities – activities which he will have to do himself in a few days.   Rather scarily one of them is to drive a car, when she can’t remember if she can drive or not.  Another is to go to a dance club, where Aris performs a rather creditable version of the twist – see note on music above.

There is one memory though which Aris still seems to have and that is for his favourite fruit – apples.  He loves them.  But when someone tells him that they are supposed to be good for the memory, he goes off them.  He is also a very good cook, which he must have learned in his past.  And there are other odd things about Aris’s memory loss.  He can’t remember the word for mustard but seconds later he recognises his neighbour’s dog from the apartment block where we first met him.  So is his memory coming back or is something else going on?

This is an intriguing and unusual film, beautifully acted in particular by the stoic and mournful looking Servetalis.  So what is the reason for his amnesia?  Is there something he is trying to forget?  The answer, when it comes is sad but also optimistic, demonstrating how much we need the memories of our past to move into and create our future.

Apples is available exclusively on Curzon Home Cinema from Friday 7th May.

It will also be available to cinemas nationwide as they reopen from lockdown closures.