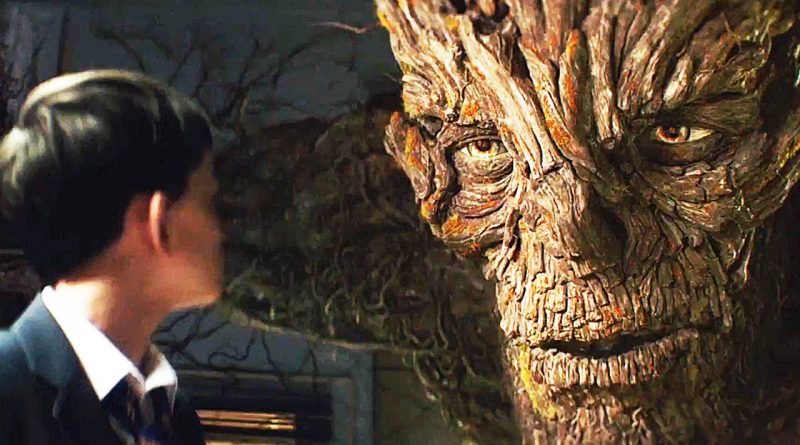 This is a film about a child’s experience told from a child’s point of view but not really suitable for the young, certainly not those under twelve (see certification).

12 year old Conor O’Malley (MacDougall) is going through one of the most traumatic experiences a child could have to deal with.   His mother (Jones) is dying of cancer.   His father (kebbell) now lives thousands of miles away in America and Conor’s main carer in this situation is his brusque, not very child friendly grandmother (Weaver).  And for reasons not really made clear he is the victim of bullying at school by his class mates.  Night after night he has a recurring nightmare about the ground opening up in front of him by the nearby church – not difficult to understand why under the circumstances.  And then one night the gnarled old yew tree in the churchyard comes to life, stomps over to his window and announces (in the voice of Liam Neeson) “I have come to get you”.  The monster though is not an enemy or a threat but a somewhat daunting ally, created by Conor’s imagination out of the drawings he has made with his mother in happier days and his function is to help the child come to terms with the tragedy he is undergoing.

The story is based on a well known and popular novel by Patrick Ness, which was developed from an idea by his friend Siobhan Dowd, who wrote young adult fiction and had only just started “A Monster Calls” when she died of cancer.  There are a lot of good elements in this film adaptation. It demonstrates a strong visual imagination, not only in the monster himself but in his message. On his nightly visits he tells Conor stories, apparent fairy stories about kings and queens and princesses but with a twist – stories which Conor, an artist in the making, visualises in beautiful animation.  The design side of things and the monster himself were created by the team behind “Pan’s Labyrinth” and although the story is set in the north of England, Spanish director J.A. Bayona shot the film in the controlled conditions of a studio in Spain, giving it that dark fairy tale quality.

The performances are also excellent – Jones physically fragile and spiritually strong as Mum, Kebbell helpless and confused as to how to deal with the situation as the visiting Dad and Weaver in particular in a surprising piece of casting as Conor’s initially unsympathetic and definitely eccentric Grandma.  One wonders what “Mum’s” childhood was like in a scene where Grandma has to leave Conor on his own for a while and tells him that if he is hungry, there’s some spinach in the fridge to snack on!

Young Lewis MacDougall does all that is required of him in what it is a huge and demanding role for a child and his story should be heartbreaking.  Yet for some reason I found the character and his situation less than convincing.  Maybe it is the premise of the film itself.  The idea of a child effectively creating his own “psychotherapist” in the monster, as he struggles to make sense and accept a tragic situation which is beyond his understanding, is perhaps a touch too fanciful for me. Others may feel differently.   The most moving moment for my money came from Weaver as the tough nut older woman who never shows her feelings, when she finally acknowledges to herself that her only child is about to die.  That is firmly rooted in painful reality. 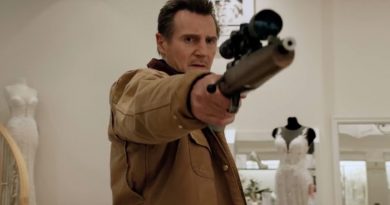 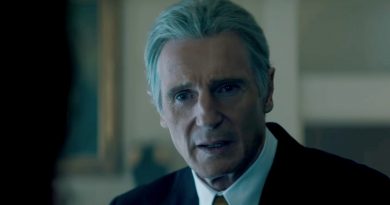